Home Features An Interview with Brunch in the Park 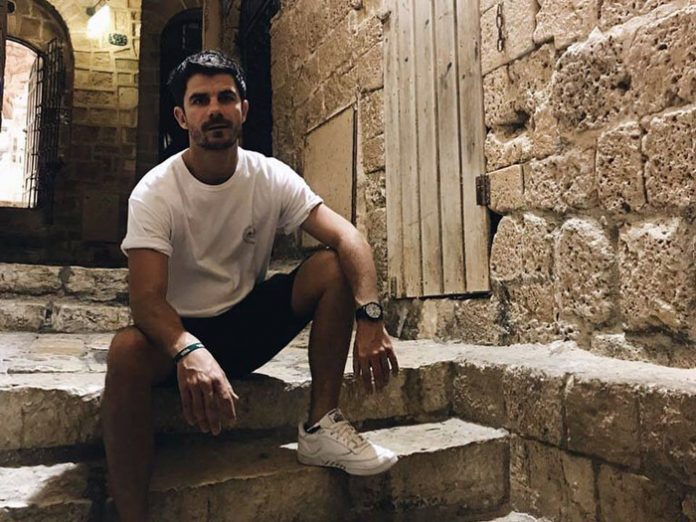 Spanning several major cities on the Iberian Peninsula, Brunch in the Park’s serial format and exceptionally socially conscious practices make it a festival unlike most. From its proactive community outreach to its robust sexual harassment policies and novel approaches to sustainability, Brunch always makes sure to positively impact its local scenes and in the process has become a shining example to the wider world.

Insights spoke with Brunch’s Director and co-founder, Loic Le Joliff, about the festival’s commitment to inclusivity, its environmental policies, and more.

Festival Insights: Brunch in the Park’s ethos seems to be just as essential to its character as the locations or music, and you make a point of ensuring that each event has a positive impact on its surrounding area. How do you go about achieving this?

Loic Le Joliff: Well firstly we have the classic stuff that can bother people with electronic music events, such as the volume, so we have a direct line to the neighbours and a team in the neighbourhood to deal with this.

Before the season starts we are having meetings with the local communities and send out more than 20,000 flyers explaining what we’ll be doing this year to improve the neighbourhood and how to contact us if the volume is too high. We’ll go to their place, we’ll measure the volume and adjust it if needed. This year we have had absolutely no complaints for the whole season in Barcelona.

Something else we do for the neighbours is at the end of the festival we have about 75 security agents to help move people in other directions and stop them yelling and make sure they are super respectful. So this is how we try to reduce the impact of the public on the neighbourhood so that we get zero complaints.

We also try to give back to the neighbourhood. We hire people from the neighbourhood and have a direct contact with the association of neighbours. We give them equipment sometimes when they need it. We sponsor the local football team. We want to do more than just have no impact on the community, we want to give back to them and this is super important. This is the part of our motto: ‘Alegria i Compromis’, meaning ‘happiness and engagement’.

FI: You’re also very strong on environmental issues, from the wildly successful Re-Cup initiative to your use of stage structures that are recycled from cigarette butts and so on. Are there any new sustainability policies you have put into place this year?

LJ: This year we are transforming glass bottles straight into sand. We have a new machine that’s quite impressive, where you put the bottles in and it comes out like pure sand, which we are bringing back to the beach in Barcelona.

We are also recycling cigarette butts into T-shirts for our employees next year. And this year, one of the big things we did was to organise a big clean of the Parc Montjuic which is the biggest green space in the city. We wanted to do something really historic to clean up the mountain, and across three days, for 8 hours per day, we had 300 volunteers clearing all the rubbish and waste. We gave them tickets for events to motivate them. It has really made an impact! We have more than 2000 kilos of waste that has been cleaned from the mountain.

FI: In the wake of the Me Too and Time’s Up movements there has been increased pressure on festival organisers to combat sexual harassment at their events. I understand that Brunch in the Park runs its own version of the UK’s ‘Ask for Angela’ service, and has a stand at each event to help potential victims of abuse. Are there any other ways in which you think festival organisers can help alleviate this problem?

LJ: We have something very similar to ‘Ask Angela’. It’s a new process called ‘No Callem’, which in Catalan means ‘we won’t shut up’. This is a whole process to stop sexual harassment at parties and festivals. The idea is that every staff member at the festival has strong training for how to deal with sexual harassment situations. All employees are trained to not ‘shut up’; meaning that everything they see has to be reported, and most of all if someone feels they’ve had any bad treatment or feels unsafe they can go to security or to the bar and the staff will know what to do. We are the first festival in Barcelona to have this process.

There is also a stand at the entrance to the festival with a psychologist available to offer support for mostly women and the LGBT community. We’ve had many policy makers come to see us because unlike other festivals that think it’s impossible, we said: hey, it’s gonna take time. But step by step we’re going to change the behaviour. At the end of the season we can see that it’s really starting to change completely.

I definitely think there’s more that other festival organisers can do to alleviate the problem. I think festivals are a fantastic laboratory for society. There’s a lot of social diversity. It’s such a great platform to spread new philosophies and to change behaviours. So I think we have a responsibility, of course, for this. You can’t invite people to come to the party and not offer them a safe environment. And it’s also about changing the minds of the people who do these sort things. Making sure they know it won’t go unpunished.

And really the women and the LGBT communities are thanking us. We have received so many good comments about this because it shows we really take the problem seriously. It’s not just about putting some posters up at the entrance to the festival asking people to respect some protocol. It’s about making it happen.

FI: On a similar subject, Brunch in the Park is one of many festivals to address the gender balance of its line-ups. Is it challenging to achieve a 50 / 50 split? Why do you think festival line-ups are traditionally so male-dominated?

LJ: It’s a difficult question and of course there has been a lot of debate in the last year about the presence of women on line-ups and in the industry. But from my point of view, I don’t think the industry is necessarily sexist. Our industry is mostly based on whether you can sell tickets. I don’t think there are any promoters in the world that would have a problem with booking Nina Kraviz or Amelie Lens, so I don’t think it’s sexism. I think it’s a problem more at the root, that there are less girls interested in getting into electronic music at the start of their careers.

But at the same time, I think we have a responsibility to support the female talent and I have no problem saying that when I have to choose between two artists, if one is a girl and one is a guy, I will tend to go more towards the girl, because I think it’s my responsibility to do this.

But then to say that a festival should get 50% of girls on the line-up, I don’t think it’s realistic actually. It’s a business and despite what we want we still have to sell tickets and we’re booking talent because they are selling tickets.

For over two years now we have had a policy that each event’s line-up must have at least one girl out of every four artists. Most of the time it’s two, sometimes three. I’m not really keen on doing an all girls line-up, because I think it’s a bit cliche, but we try to the maximum to support the women. Right now 50 / 50 just doesn’t work for our model as it’s not realistic, but hopefully one day it will be.

FI: Another way in which you ensure the shows remain inclusive is by ensuring the tickets are kept low-cost. Is it difficult to manage this whilst still putting on a well-produced show?

LJ: What we try to do is compensate the ticket price with the volume we do. The volume is in two dimensions, firstly the number of events we do (12 per season) which means we can reduce the costs. And we have big volumes of people; in Barcelona we have up to 9000 people. So even if the ticket price is quite cheap, we are lucky enough to have enough people to make the numbers work.

Our clients are very sensitive to price, and we’ve noticed in the past that if we increase the price by even two euros we will be missing 2000 people from the festival.

We are lucky enough that with the numbers we do we are able to offer a really great experience for a low-cost ticket price. Of course, we are also not resting on our profitability of the festival because it’s very important that the clients have a good experience. Since we run every week, the people will not accept if we don’t deliver. If we fail one week then the week after they won’t come, so we always make sure it’s a good experience.

If we don’t get the numbers however then we lose a lot of money, and this is something that does happen.

FI: The Lisbon event series is partnered with NEOPOP Festival. What exactly does the partnership involve, and what benefits are there to these kinds of collaborations?

LJ: It’s been three years since we’ve been doing the Lisbon festival, working with a local team that are not part of the industry. This year however we decided to partner with NEOPOP, because first of all they are our friends. We met them a few years ago and we like the way they work. I think that we are maybe a bit bigger internationally than they are, so they were looking also to work with a partner to see what would happen.

This year we wanted to be more involved with the local community and market, so now they are full partners of the festival and they receive a percentage of the earnings. They are dealing mostly with local needs like the permits and the suppliers, and providing logistical support for the events. It’s very beneficial.

FI: Is there anything else we should know about Brunch in the Park?

LJ: We have a very special format as a festival but with a way of buying tickets that is closer to a club. It’s a big production for an event like this, with big line-ups to match. It’s a weekly series and it’s very cheap to buy a ticket, so it’s a specific model of party-festival that’s very in the middle.

We are very proud of the way we produce the events, because the teams are working on one every week rather than every year. As a result the learning curve for our employees and for us as organisers is very big. At this level you can really get into a level of perfection that can be hard to find even in super big branded festivals that just happen once per year, and for me, they can be missing a lot of the smaller details.

Brunch in the Park’s Madrid edition runs until October 21.

Brunch in the Park