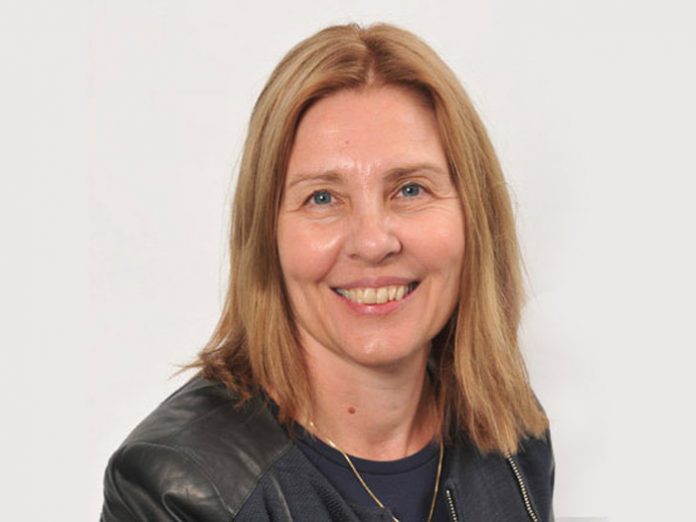 *An abridged version of this article first appeared in Issue 82 of IQ Magazine.

Teresa Moore is a Director of A Greener Festival. She has been researching the problem of tent waste at festivals for a number of years, having carried out the first pan-European survey on the issue in 2012 for A Greener Festival and Go Group. For the last four years she has conducted research on the campsites at the Isle of Wight Festival, amongst others, and in 2018 advised Greenpeace on setting up the Eco-Camp at Download Festival as part of ongoing research for her PhD in Sustainable Event Management.

Yet again in 2018 we were confronted with the aftermath of festival camping, when image after image of campsite waste, mainly tents, appeared in the press.

But in fact, waste is a problem that besets many different types of events. Just watching the clear up after Notting Hill Carnival, with over 60 tons of waste left behind, confirms that waste is a problem not solely restricted to festivals. But what is a uniquely festival problem, and one that we are all too familiar with, is that of single-use disposable tent waste. The many schemes and approaches that have been tried over the last decade have not forestalled the problem, and for larger camping festivals the problem just seems to get worse each year.

Reasons for tent waste are variously attributed to: lazy punters who couldn’t care less, campers too hungover to repack popup tents in poor weather, the low cost of camping equipment, the implied disposability of the term ‘festival tent’, and peer influence. We’ve also seen the rise of the myth that claims all abandoned tents go to charity.

This myth can be traced back to a well-intentioned initiative, in which a couple of festivals teamed up with charities in a genuine attempt to put leftover tents to good use. Unfortunately, this had an adverse effect, as suddenly leaving your tent behind became the morally right thing to do, resulting in even more tent waste. Those charities, such as Festival Waste Reclamation and Distribution, say they are only able to salvage one in 10 tents at best, partly because many are in no fit state for reuse, and partly because they simply don’t have the storage capacity to hold very many before redistribution. As a result, many festivals now explicitly tell their audiences not to leave their tents behind, as they don’t go to charity.

This summer it was estimated that around 20% of tents had been left at a major camping festival of 60,000-70,000 campers. My research into this problem in 2012 found that one in six tents were left behind. Evidence, then, of a growing problem. If the 2018 figures are accurate this would mean that around 14,000 tents were left at a single large festival. Scale this up across the UK and Europe, where we know the problem is also growing, and we are potentially looking at hundreds of thousands of tents left behind, all adding to the plastic pollution problem.

It’s rather ironic that in 2018, when David Attenborough and the so-called ‘Blue Planet effect’ drew attention to a global plastic waste emergency, inspiring the national conscience to wage war on single-use plastics, that the single-use plastic tent somehow slipped the net. And of course, there is a financial cost to all of this. In 2016 it was estimated that it cost Glastonbury £780,000 to dispose of all the rubbish after the festival – with the vast majority coming from the campsite.

So what should be the focus in 2019? The development of compostable tent materials. There are currently several forms on the market, some pre-erected, with new ideas being developed. For the most part this is a short-term solution, however. They don’t have a long life and the term ‘compostable tent’ tends to perpetuate the idea of single-use and disposability when what we really need is to move towards longer life and reuse. Speaking of pre-erected tents, glamping is likely to continue to grow in popularity, potentially eliminating a proportion of tent waste. However, the majority of these tents are still made from plastic derivatives and there is little independent research currently available to understand how many times these tents can / are being used before they are disposed of, and where.

Bridging the gap between glamping’s plastic tents and short-lived tents made of compostable materials is the comeback of the canvas tent. Canvas tents have a much longer life and they are repairable. There are a few companies out there now that ‘upcycle’ vintage tents from the 70s, supplying them already set up and ready to use by the festival-goer. It’s a cool option, which avoids all the old issues of carrying a very heavy wet tent back home. The main problem though is that whilst these companies are filling a nostalgia niche with a sustainable option, these are small operations and the supply of vintage tents is, of course, limited.

Buying a festival tent that you can repair is almost a thing of the past, but new EU-proposed legislation, now referred to as the ‘Right to Repair Law’, may just change things. Although targeted at the manufacture of white and tech goods, there is no reason why this law, if introduced, couldn’t be used to target tent manufacturers. As the UK Government’s Environment Minister told The Independent this January: “We want manufacturers and producers to make products easier to reuse and repair, to make them last longer”.

With 18 states in the US ready to enact this law, along with the EU and UK, it has the potential to transform manufactured goods by eliminating built in obsolescence. Considering the way they are made, and with the right pressure, there is no reason why this shouldn’t include tents. It is unlikely to change things in the short-term, sadly, but could do so in the longer term.

Schemes that have been successful thus far are those that focus on green camping and incentivising behavioural change, by which I mean those campsites where festival audiences bring their own tents, and in exchange for things like better showers and toilets, security and great food, they agree to adhere to certain principles or rules, such as taking their tents home and leaving behind a clean campsite. The ‘Love Your Tent’ and ‘Respect’ schemes at the Isle of Wight Festival, Greenpeace’s new ‘Eco-Camp’ at Download Festival, and ‘Clean out Loud’ at Roskilde Festival have all demonstrated that with the right approach things can change. It is only surprising that this approach hasn’t gathered more momentum.

It could be argued though that these schemes don’t go far enough as they only cover a small area (less than 10%) of total camping at festivals. Having researched this problem for the last few years and talking to hundreds of festival campers along the way, it’s my conclusion that real behavioural change requires a bigger prompt. The way to do this is to make green camping both the default camping option and at the same time the cheapest camping option. Yes, you can still camp brown and dirty if you choose to, but it will cost you more.

So, my challenge to festival organisers with tent waste problems is to take a serious look at long term strategies to change festival camping behaviour. In 2019, festivals that have no green camping could make a start and introduce it as an option. Those that do already have green camping should focus on expanding their green campsites, with a goal to make green camping both the cheapest and the default option. This is a big ask for festival organisers, but the tent waste problem has being going on for far too long now.