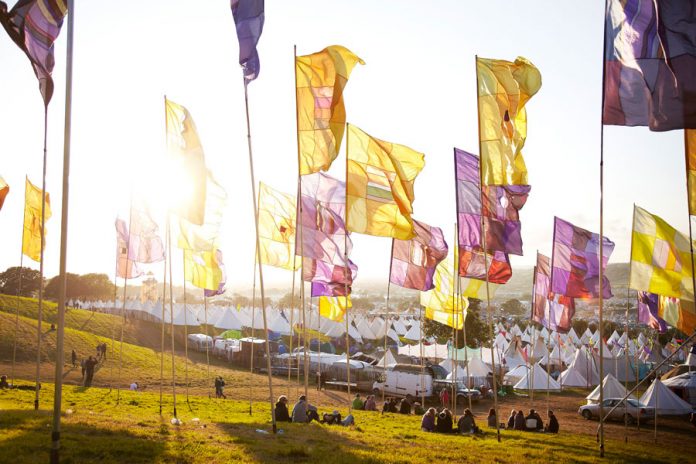 Professor Duncan Wheeler holds the Chair of Spanish Studies at the University of Leeds, where he also co-convenes the European Centre for European Popular Music(s). In 2016, he was inducted into the Spanish Academy of Stage Arts in recognition of his teaching of and research into Spanish theatre. A published translator of plays and novels, he is currently preparing a dual-language edition titled “Spanish Songs of the Transition” for use in secondary schools. His latest book, “The Cultural Politics of Spain’s Transition to Democracy”, is forthcoming with Manchester University Press. In addition to his academic publications, Duncan regularly writes pieces for the UK and Spanish press for such outlets as The Observer, The TLS, The London Review of Books etc.

Drugs are both good and bad for business. They enhance the festival experience and attract paying customers, but can be a headache. At the end of the twentieth century, DJ cultures rarely survived for more than a few years before the prime movers succumbed to their own addictions and the lucrative drug dealing market spiralled out of control. Fuelled by mescaline, the clubs in and around Valencia in the 1980s were as euphoric as anything Ibiza had to offer, but a lack of business nous and hostility by the local authorities ensured their days were always numbered.

A short ferry ride across the Mediterranean, Ibizan promoters were more skilled at keeping their own lifestyles in check and presenting a collective front to convince the council and locals that branding the island as an ecstatic party idyll was a good idea. Drugs were tolerated but, unlike in Manchester’s Hacienda, promoters controlled the dealers. By the 1990s, even corporate giants such as MTV effectively had to go through the local association of promoters if they were to have any chance of securing a license.

Public sympathy for and interest about Glastonbury expanded beyond the Festival’s traditional demographic following the screening in 1992 by Channel 4 of Show Down at Glastonbury, which presented organiser Michael Eavis as the voice of reason in his battle with an entitled over-privileged neighbour whose concerns he does his best to alleviate. Such public dissent simultaneously served to boost the Festival’s counter-cultural credentials whilst providing a rationale for the gentrification of Glastonbury which, especially since daughter Emily has taken over the family business, suggests a pragmatic technocracy more in line with Tony Blair than Jeremy Corbyn.

By the time Julien Temple made his documentary Glastonbury (2006), the strengthening of the fence to prevent those without tickets from entering was depicted as a necessary concession to secure the Festival’s future whilst the wild abandon that was once seen in front of the Pyramid stage was now reserved to the dance tents, the only places where visibly drugged audiences still appeared to be having the time of their lives. When Bon Jovi headlined Hyde Park to nearly 100,000 paying customers in July 2003, thereby establishing a precedent for stadium bills in the royal parks, the singer prefaced the performance of late-1980s hair-rock classic “Lay Your Hands on Me” by calling on the faithful gathered masses to pray to save the poor souls trapped in the Somerset mud. The reference was tongue-in-cheek but indicative of radically opposed socio-cultural landscapes. A decade later, lead-guitarist Richie Sambora had left the band, and was invited onto Glastonbury’s Pyramid Stage to accompany Dolly Parton playing “Lay Your Hands on Me”.

In 2003, promoters still allowed patrons to bring food and non-alcoholic drinks into Hyde Park. Spirits could easily be sneaked into the site if mixed in not always responsible manner with soft drinks. Although alcohol bought outside of the ground was theoretically banned, body searches were sufficiently lax to make it no major challenge to smuggle hip-flasks into All Points East, a ten-day festival of music and entertainment held in London’s Victoria Park in 2019 for the second year running after promoters Goldenvoice (a subsidiary of multinational giant AEG, whose roster includes Coachella) wrestled the license for the East End venue from previously inhabitants FieldDay and Lovebox. “In the Neighbourhood”, a four-day series of free music and entertainment provided under the All Points East umbrella was part of a broader strategy by Goldenvoice to project a corporate image of civic responsibility and to show that they wanted to give back to the community hosting them.

As rock music has entered comfortably into middle-age, there has been a growing acceptance from local authorities and residents of the value of live music in both cultural and economic terms. Even the wealthy residents of Mayfair have become less vociferous in their objections to Hyde Park concerts over recent years. If ageing stadium stalwarts such as Bon Jovi and the Rolling Stones have been kept in circulation past their sell-by-date by technology transforming their performances into multi-media spectacles, the spirit of communion axiomatic to the festival ideal and MDMA alike have been instrumental in transforming The Chemical Brothers into credible headliners. Their 2012 concert film Don’t Think focussed as much on the audience as the performers, offering a synesthetic experience carefully elaborated to constitute a vicarious drugs experience for the listener and viewer.

Glastonbury retaining its youth appeal in spite of its increasingly middle-class and middle-aged clientele cannot be separated from the possibility it offers to young people for taking drugs and accessing a sense of community in spaces such at the Shangri-La after-hours enclave, now in its twelfth year. This is the most successful realisation of a long-standing trend at a broad range of festivals.

The inter-generational bonhomie of WOMAD has traditionally become more youthful and drug-fuelled in its late-night indoor spaces; the trance tent at the annual Biker’s Bash held annually near Stratford-Upon-Avon from 1987 to 2015 attracted many local adolescents who had little or no interest in the bikes, rock bands, wrestling or the sex shows that comprised the daytime bill. Populated and policed by the Hell’s Angels inside, road blockades and mutual hostility with the police was an example of how not to manage the interests of different stakeholders in festival organisation, although an ageing audience vulnerable to the fallout of the recession were what finally put the nail in the Bulldog’s coffin.

Touts offering drastically under-face-value-tickets for The Chemical Brothers outside Victoria Park was indicative that the “All Points East” brand has yet to become fully consolidated. A somewhat sparse audience for the much-touted DJ Peggy Gou on the X-stage suggested that this was, to all intents and purposes, a headline show more than a festival bill. Ageing live music connoisseurs almost invariably complain of declining standards, and I’m going to conform to type by suggesting that the experience of watching The Chemical Brothers in Victoria Park did not compare positively with when I had seen them last in 1999 at the 4,000 capacity Aston Villa Leisure Centre for a fraction of the price.

The visuals on display had admittedly improved but, for me at least, this provided scant compensation for the genteel volume (reports from The Strokes the following night suggest the volume went down further) and a crowd who only came to life for set-closer “Block Rockin” Beats”, a number one from 1997. Much has changed over the last two decades. The drugs market, to which young people have easier access than ever before, is no exception; MDMA, the festival drug par excellence, has become exponentially stronger and easier to accrue. Despite its fabled reputation, many dancers at the Hacienda were unable or unwilling to secure the chemical highs associated with a club whose reputation was instrumental to Tom Rowlands and Ed Simmons, aka The Chemical Brothers, applying to study at the University of Manchester. In 2015, The Tab, a youth online publication which began life at the University of Cambridge, ran a piece titled “What drugs to take at Glastonbury, and in what order” which recommends pacing and avoiding cocaine, smoking and heroin, but takes a more liberal attitude to ketamine, valium and MDMA.

The general maxim for drugs use at festivals is that where there is a will, there is a way. New challenges are met with greater ingenuity. Tails of festival-goers burying their supplies before festival sites are constructed may or may not be the stuff of urban legend, but there is no doubting that custom-made tampons designed to conceal drug supplies have replaced the traditional down the bra approach. The presence of sniffer dogs beyond the security of Victoria Park posed a greater challenge for those wanting to secrete drugs into the venue. Whilst many will presumably have downed at least some of their supplies on seeing signs outside the venue advertising a drugs amnesty, a small but significant minority of the audience for The Chemical Brothers on May 24 were swallowing what appeared to be MDMA in public view in a fairly controlled manner: there were no baths full of ecstasy as support act Hot Chip’s song promises. Last year, some plausible and less so plausible tales illustrated a Tab piece titled “What happens when you’re caught with drugs at a festival by those it’s happened to”. In reality, a pragmatic approach by organisers and the police working in collaboration ensures that the risks of carrying drugs or being caught up in drug-related violence is at an all-time low for those attending festivals.

Sniffer dogs moving inside the venue for All Points East was indicative of a different kind of deterrent to what was the norm at Lovebox ten years ago when the police and their canine companions would wait to catch drugs users unaware as they emerged from Mile End or Bethnal Green tube stations. In this area of London, local youths are far more likely than festival-goers to be targeted by both the police and local gangs. Stormzy donning a Banksy-designed stab-proof vest in the debut Glastonbury headline show by a grime artist this year has been widely received as a state of the nation address. The inconvenient truth nevertheless remains that the victims and perpetrators of knife crime are disproportionately black, whilst audiences for Glastonbury and All Points East remain overwhelmingly white. It is not necessary to subscribe to claims made by police-chief Cressida Dick or Home Secretary Sajid Javid that middle-class drug users have blood on their hands to recognise that many revellers are less preoccupied about the collateral damage caused by their consumption of illegal substances than they are about not using plastic or drinking Fair Trade coffee.

Festival organisers are to be praised for having managed complex and often contradictory demands to make their events more convivial. As the benefactors of illegal drug use, they also have a duty of care to take the lead in engaging with stakeholders to think creatively about how to begin to counteract power hierarchies engrained in the drugs trade and access to live music.