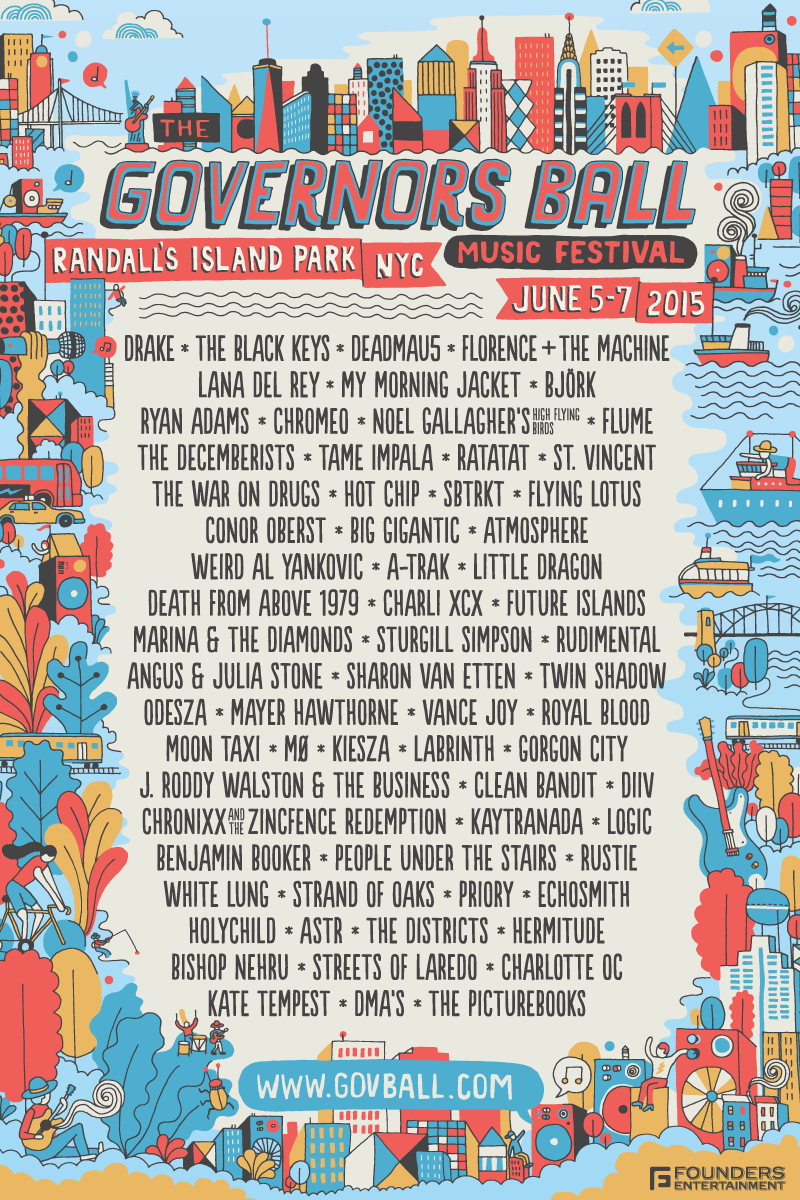 USA: Founders Entertainment has announced the line-up for the 2015 Governors Ball Music Festival. Drake, The Black Keys, Deadmau5, Hot Chip, Death From Above 1979 and SBTRKT are just a few of the names gracing the roster. The fifth annual edition of the event will run from June 5 – 7 in New York City’s Randall’s Island Park.

Aside from showcasing a wide spectrum of dance, indie, hip hop, americana, electronica and pop all weekend long, Governors Ball will also feature culinary offerings and art installations that contribute to the festival’s unique New York City vibe. 3-day GA and VIP tickets are available now on the festival’s official website through Eventbrite. The full line-up can be viewed here.

Watch the line-up announcement video for Governors Ball 2015 below: