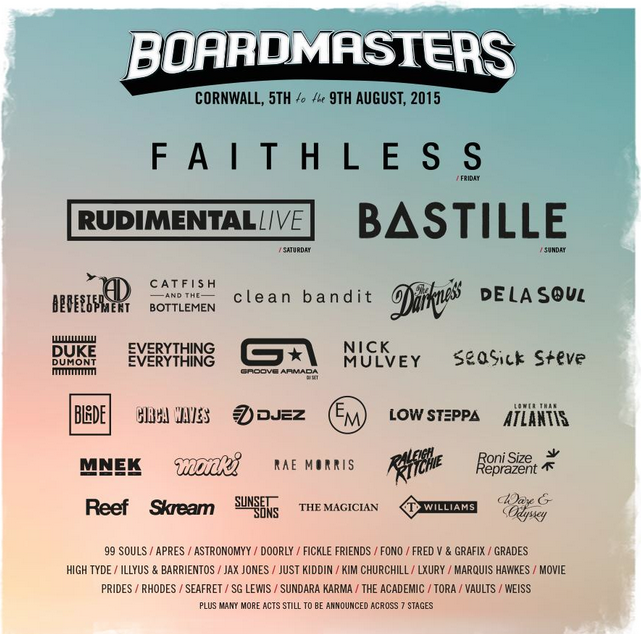 UK: Some of the biggest names in dance and electro music have been confirmed to perform at Boardmasters 2015. Groove Armada (DJ set), Skream, Blonde, Fred V & Grafix, Fono, 99 Souls, Fickle Friends, Vaults, Astronomyy and Movie will be performing at Cornwall’s biggest surf and music festival, which takes place from August 5 – 9.

Cornwall’s own surf and music festival is five days of thrilling surf competition at Fistral Beach finished off with the explosive live music on the stunning headland, Watergate Bay. New for 2015, Boardmasters camping at Watergate Bay has now been extended and will open from August 5, meaning surf fans and and music lovers won’t have to miss a single day of the festival. Those looking for the ultimate Boardmasters experience can purchase the new bumper ticket package – the ‘Charger’ ticket, which includes everything from bus pass to parking, VIP camping, Beach Session gigs, After Parties and a Boardmasters t-shirt and tote bag.