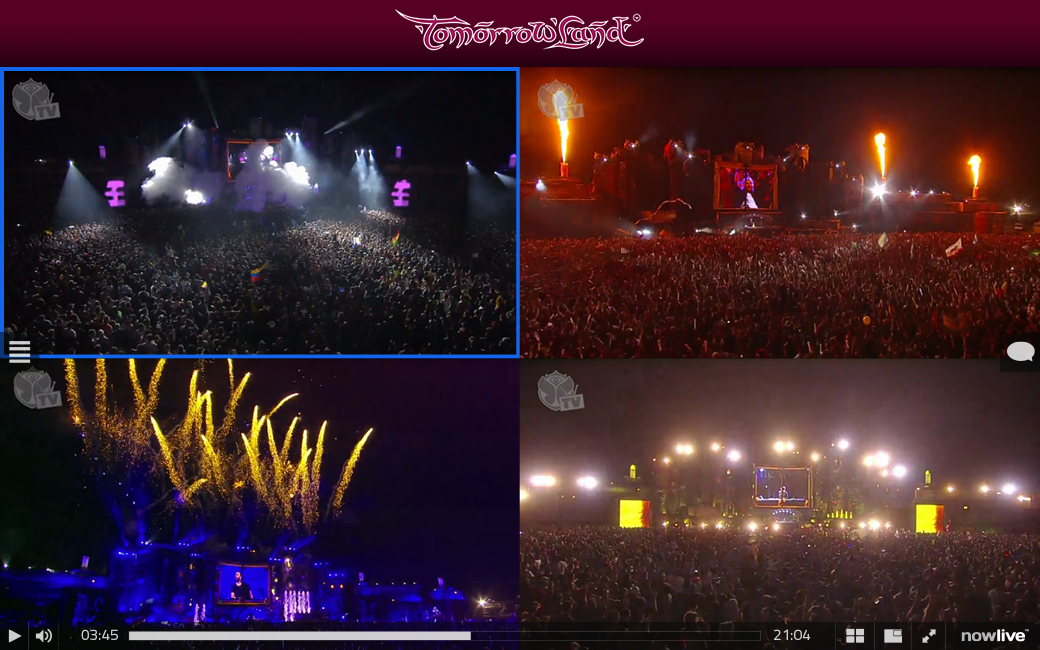 The nowlive video platform is allegedly the only live stream player technology that puts the audience in complete control, allowing a customised viewer experience never before seen in music festival coverage. The exclusive GridView allows viewers to watch four channels of high-definition content on one screen and instantly switch any channel to full-screen view. Viewers can also watch in Picture-in-Picture mode, with full control over the size and position of the video screens. “We built a platform that allows viewers to watch what they want, how they want, by putting them in the director’s chair,” said Alex Cherny, Director of Product Development for nowlive.

GridView allows viewers to watch four channels of high-definition content on one screen and switch any preferred channel to full-screen view.

“Tomorrowland’s reputation as one of the most successful and progressive music festival brands in the world makes this partnership exciting for us,” said Brad Sexton, President and CEO of Live Media Group. “We built the nowlive technology for clients exactly like Tomorrowland and TomorrowWorld, a brand that agrees users deserve a better and more controlled viewing experience, and that’s what we deliver with our platform.”