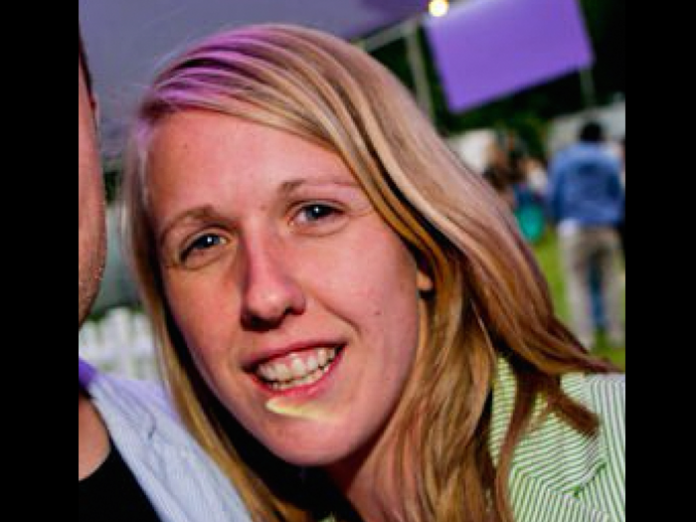 Alice Favre is one third of A Man About A Dog, which owns London Warehouse Events (promoters and producers of some of the biggest electronic music shows in London), Ticket Tannoy (a new ticketing company), Music Matters, and a new, and as of yet unnamed locker company. AMAAD also manages the fire-breathing festival stage, Arcadia. LWE started in 2010, and the aforementioned ancillary ventures were a byproduct of the company’s London events. LWE are the exclusive music promoters at the London’s newest and most exciting events space, Tobacco Dock.

At LWE we like to think we do things slightly differently to other promoters in the UK, and one of my recent decisions is something I cannot stop talking about. It has become a running joke amongst friends, colleagues and peers that I will talk about my latest acquisition any chance I get. My latest love is lockers.

Although lockers are not a new concept in the UK, LWE were the first to bring large, cloakroom style lockers to music events in Britain. Previously there were only the small ones to put your phone, money and wallet in at festivals.

The Dutch all think us Brits are crazy as lockers are a staple in their country. Even the nightclubs in Holland only have lockers – no cloakroom, and the majority are automated so no need for staff.

Three very different characters run LWE: Will (the talent booker & all round nice guy), Paul (marketing, ticketing, sponsorship & the least risk averse) and myself (operations & general bossy boots). Without the combo of the three of us, the company just wouldn’t work.

We did an event with some Dutch promoters in 2014 and they were the ones who introduced us to the benefits and joys of lockers. After that I was hooked.
So when I told Will and Paul that I was about to spend a ridiculous amount of money on 2,000 lockers, two weeks before Christmas and three weeks before our big NYD show at Tobacco Dock – I wasn’t sure what their reaction was going to be. But I knew that if they said no, I would fight tooth and nail to get a yes out of both of them. I didn’t really know how I was going to make it work but I knew I couldn’t go back to a standard cloakroom ever again.

The benefits were instantly recognisable: queuing time went down for both ingress and egress. Customers can queue for up to an hour in a large venue to put their coat away or get it back at the end, making them unhappy and reducing bar spend.

It has taken a little while for people to get their head around the concept but by the end of the night as they are handing in their key and getting back their deposit money they tell us what a fantastic idea it is. Every show you have new customers using them so we have to educate people every time, which can be hard on the staff. Luckily we have a great team who run it and they are friendly and understanding. By the end of an event though they tend to lose their voice from having to explain it over and over. No matter how many posters you put up with pictures and instructions, people still need it explaining to them.

Other benefits include cheaper wage bills, as both cloakroom staff and security can sign out much earlier. When you have a lot of staff on site that time makes a real difference. We also used to need over 20 staff to run the cloakroom for a 5,000 capacity event in the winter, whereas now we only need six.

The crazy thing was, at a Tobacco Dock show where there was no existing cloakroom built, with the build and staff costs we were losing up to £4,000 per show. We now make a little money, not much, but as we streamline the system every time it gets more and more cost effective.

Lockers also help to reduce theft. Our keys all have carabineers on so you can clip them to your belt or bra or inside your bag, effectively circumventing the threat of pickpockets. If that isn’t enough, you can safely put your stuff away in your locker with the freedom to access your valuables whenever you want.

We also now have virtually no lost property to deal with. With a cloakroom you are always susceptible to human error; someone always gets given the wrong jacket. At the end of a show there is now nothing left and no confusion over wrong coats.

We will also be adding mobile phone charging to our lockers sometime this year, which will be another massive benefit for customers.

We are now somewhere between 10 – 12 events in with our lockers and we learn something new every time. One thing that is certain is at every show the customer is always listened to and helped out.

This is something we think will benefit the UK events sector hugely for both the customer and the event producer, and we want to make sure every experience customers have with our lockers is a positive one.