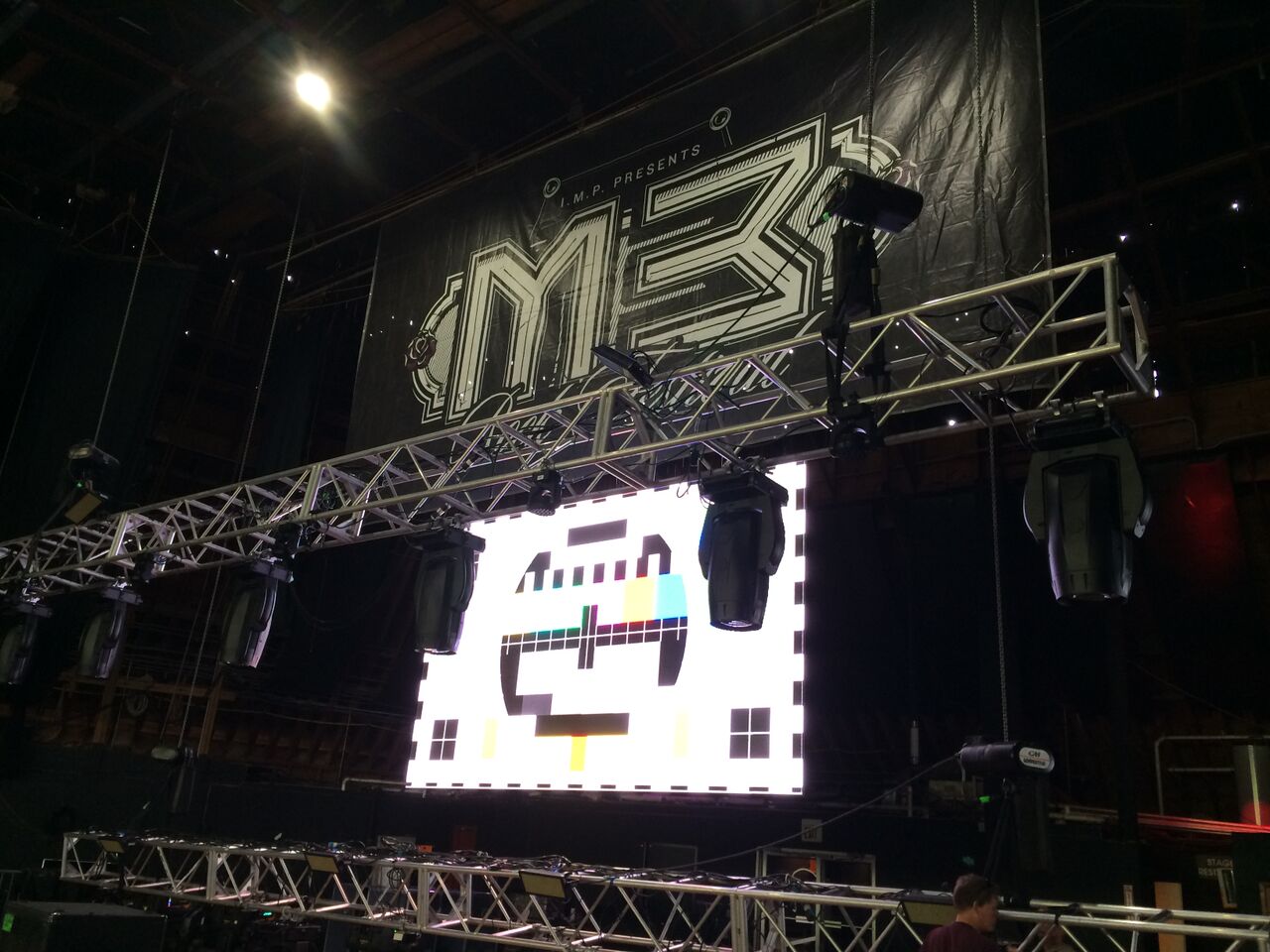 USA: Behind the scenes, the festival lighting designer is often placed in a difficult situation as they must mix and match the perfect rig full of lighting instruments that can provide the artists with the various looks needed for their individual performances. This was the task at hand at the M3 Rock Festival for lighting designer Mike Lurz, but this year his job was made a little easier with the use of VL4000 BeamWash and VL4000 Spot luminaires from Philips Vari-Lite.

“I’ve been involved with the M3 Rock Festival since 2009 and putting the design together for this type of event is actually two parts,” said Lurz. “First, we use the Merriweather Pavilion house rig to give the bands as many lighting options as possible with profile and wash fixtures, colors, patterns, etc. Then, for this particular genre of music, we need to look at providing a lot of contrast and movement to make the rig look big through the layering of beams. To accomplish this, versatility in your lighting instruments is essential and that’s where the VL4000 BeamWash and VL4000 Spot luminaires truly excel.”

As Lurz began to put together his final lighting plot that would encompass the lighting needs of 20 Heavy Metal bands over the two day festival, he knew that he needed a fixture that could truly tie the whole rig together. It was 4Wall Entertainment Lighting who came up with the ideal solution.

He continued, “The whole event really came together through the hard work of Merriweather house lighting director Len Applefeld and 4Wall when they informed me we could get VL4000 BeamWash luminaires for the run of the festival. Once I found this out, I went online to research all I could about the new lights which made me even more excited due to the triple functionality of the VL4000 BeamWash.”

In the lighting rig for the M3 Rock Festival, 4Wall provided eight VL4000 BeamWash fixtures that Lurz placed in the air, plus four additional fixtures which he placed on the stage behind the amp line.

He explained further: “At a festival, every light really has to be able to do everything and once we got the VL4000 BeamWash fixtures on site, I was surprised that it was even brighter than I thought it would be. When you looked at the stage with all the various lights, the VL4000 BeamWash was noticeably brighter and they gave us so many different looks from the same lights in the same positions. I could use them for audience sweeps, spots, a wash of the stage, and everything in between.”

Without the need to change lenses, the VL4000 BeamWash combines stunning wash capabilities with intense beam functionality and the ability to produce a powerful collimated shaft of light. Producing 43,000 lumens in Standard mode (35,000 Studio mode), the VL4000 BeamWash uses a Philips 1200W lamp to provide incredible point-of-source imagery through its 10 inch front lens.

“The thing that really impressed me most about the VL4000 BeamWash was when we used them for Queensryche playing Silent Lucidity,” said Lurz. “During this song, I brought in a gobo pattern with no color onto a stage that was saturated in LED blue and the optics of the VL4000 BeamWash punched right through it all. Then as the song played on, I quickly changed the optics from Shaft mode where the gobo was tiny, and moved into Wash mode for a large gobo spread, then we came back into Beam mode for a spot special. It was an extremely fluid movement and it’s so rare in lighting, that I really don’t even know how to explain it. You really just have to see it for yourself.”

When used in Wash mode, the VL4000 BeamWash provides a 10 to 60 degree zoom range. By simply adjusting a DMX value, the luminaire can shift to an intense Beam fixture with an amazing 4 to 40 degree beam angle, or a Shaft fixture for a powerful, collimated ray of light where the 4 degree beam angle can be further reduced to near zero. Whether used as a Wash, Beam or Shaft luminaire, the VL4000 BeamWash includes the Infinity Color Mix system providing incredibly smooth color changes and instantaneous snaps. Two five-position fixed color wheels and variable color correction further add to the color abilities, and the luminaire also contains unbelievably smooth dimming flags which when combined with independent shutter blades deliver unmatched dimming and strobing abilities.

Lurz continued, “I had used the VL4000 Spots previously on an awards show, so I sort of knew what to expect out of these lights, but this was a completely different application. For this production, I placed the VL4000 Spots on the downstage truss and they worked fantastic for my audience lighting and for gobo breakups in the air. I was also able to use them onstage to shoot through the fog with more gobos and fill in the air behind the performers.”

The VL4000 Spot from Philips Vari-Lite includes all the tools needed to create dynamic and useful lighting on any stage as every aspect of the luminaire has been designed with performance in mind. The 1200W VL4000 Spot boasts 33,000 lumens as well as a quiet Studio mode which outputs 25,000 lumens. Its high resolution optics ensure remarkable center-to-edge focusing and an unprecedented contrast ratio while a 5:1 zoom covers an amazing 9 to 47 degrees without sacrificing output or clarity.

“The one thing that Vari-Lite continues to nail time-and-time again is the optics,” said Lurz. “With the VL4000 Spot you can either make a beam as tight as your fist, or you can widen out to cover the side of a barn, but it all cases the beam and gobos stay crisp throughout the focal point. They have a tremendous punch and because of their power and versatility they really work well in a festival rig.”

With the Infinity Color Mix System, the VL4000 Spot offers CYM color mixing along with variable CTO color temperature correction and dual five-position color wheels. The luminaire also features dual rotating gobo wheels for both aerial and projected imagery. Dual animation wheels provide dynamic motion effects as well as the chromatically tuned Dichro*Fusion effect. The beam can be further modified via the precise four blade shutter system and mechanical iris, plus an independent prism with divergence control and variable frost are also implemented into the luminaire.

Lurz concluded: “In speaking to other designers about the new VL4000 BeamWash, I’d say that anytime you can take the same light and have three optic modes, you now have infinite possibilities. The VL4000 BeamWash literally gives you three moving lights in one unit and I truly believe they will have wide spread applications due to their advanced optic system. No matter what type of design you are putting together, the VL4000 BeamWash easily gives you the right fixture with the right movement at the right time.”