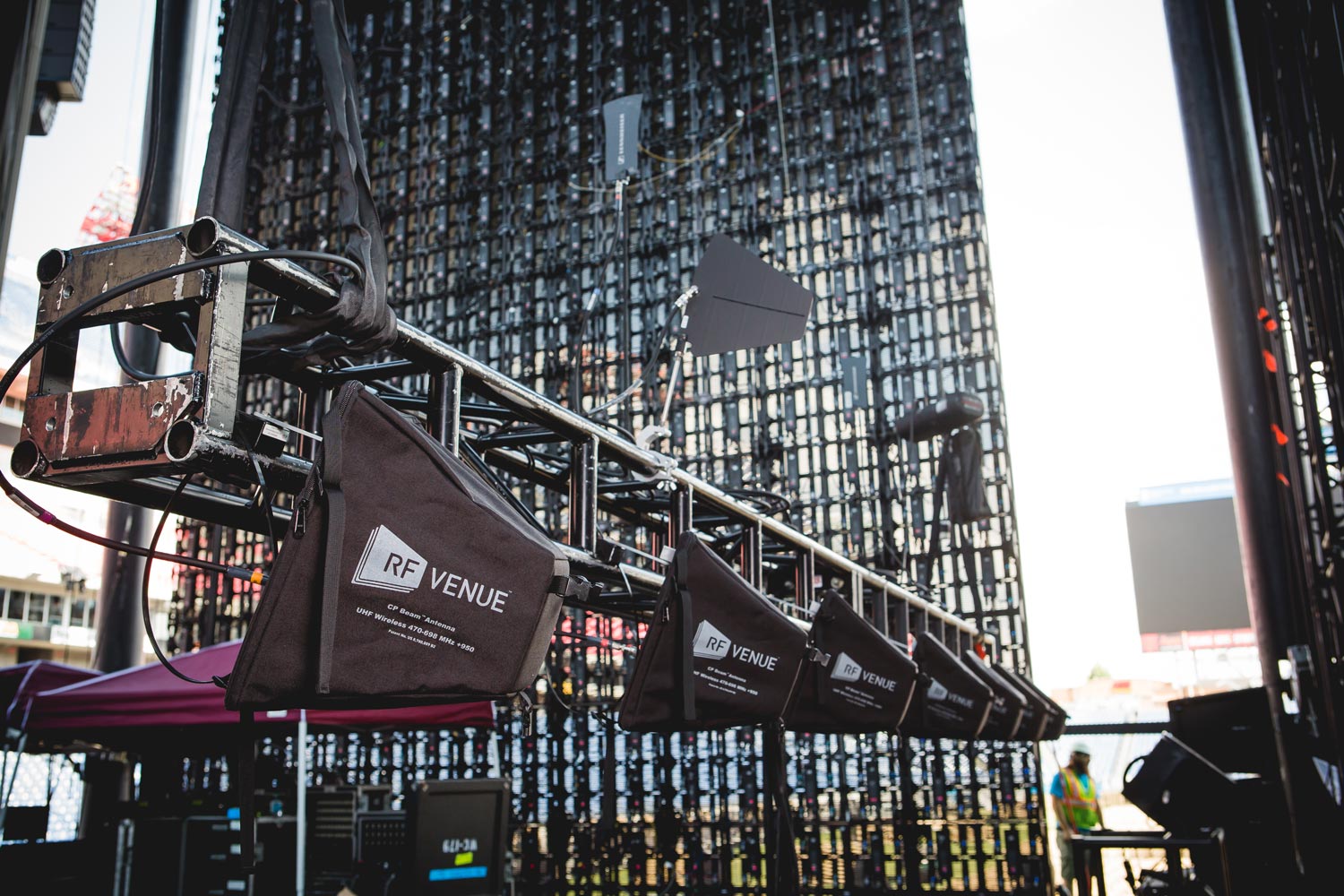 The show’s RF Designer and Technician, Jason Glass, used CP Beams for both transmit and receive antennas which were available to all guest engineers. Glass is also the owner of Clean Wireless Audio, retained by veteran touring audio provider Sound Image.

“This is my third year doing the LP field show,” said Glass. “The lighting rig that encompasses the stage is a veritable faraday cage. We deploy a number of antennas up in the trussing. This configuration is designed to give the best possible line of sight link between the performers on stage and the antennas.”

Jason and Sound Image wanted to give guest artists and their engineers the ability to use their own wireless equipment, but also recognised the positions of monitor world and FOH were less than ideal for reception. Each act would have struggled with antenna placement on their own.

Instead, seven CP Beams were above the main stage, and three more in front of the B stage, with each act patching in as required.

Helical antennas like the CP Beam are commonly used on major concert tours for their high gain and ability to prevent dropouts using circular polarisation, in both wireless microphone and wireless in-ear monitor systems.

“Jason brought the CP Beam to our attention during the planning phase, and suggested we try it,” said Bill Cracknell, Director of Operations at Sound Image Nashville. “For touring acts, where you have to move stuff around and pack stuff up, the folding CP Beam is much better than other helicals because it takes up less space and is less prone to damage. Jason was very impressed – and he’s not easily impressed.”