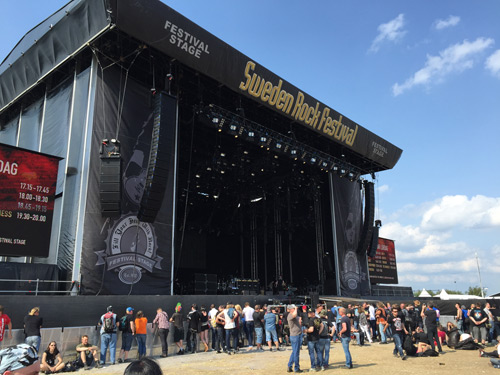 “I talked to many sound engineers that I trust about our options, and I decided to go all the way on our biggest stage with LEO,” said Åberg. “We have very strict limits on sound outside the festival grounds, with fines for any breaches, so we needed a system that could effectively cover large areas at high levels, but with precise control. The LEO system achieved this goal—I could hear clear, powerful music all the way to the back of the huge crowd.”

“The sound from the LEO system was excellent,” said Bright Group’s HåkanAlfredsson. “Several FOH engineers expressed great satisfaction with the results. Martin Walker with Judas Priest told me he was very happy with what he heard, and I saw Ken Freeman, Toto’s FOH engineer, shaking Fredrik’s hand and smiling ear to ear.”