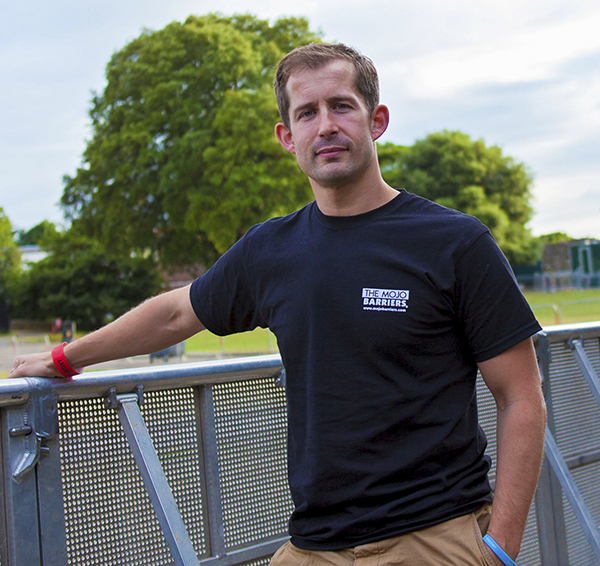 UK: Mojo Barriers has continued to expand its work with independent festivals by securing a new contract win for this year’s BoomTown Fair, set to take place from August 13 – 16.

BoomTown Fair has called upon Mojo Barriers to design and deliver its trusted stage barriers for this year’s festival, which will take place at Matterley Estate in Hampshire. Mojo Barriers has been contracted to supply 450 metres of stage barrier, 200 metres of bar barrier, and 13 line-up gates across the whole festival site.

Set in its own unique, fantasy festival town, Boomtown boasts nine different districts with winding streets and a host of bespoke entertainment venues, including a casino, hotel, hairdressers and roller disco. BoomTown Fair is now in its seventh year and this year will witness performances from Mungos Hi-fi, John Butler Trio, Dreadzone, and a host of other artists across 22 main stages.

Kevin Thorborn, Mojo Barriers’ UK manager commented: “There is a lot of original thinking going on within the independent festival scene and we’re excited to be working alongside BoomTown Fair, which is widely renowned for its unique character. Moving away from the traditional five or six stage festival format, with its own crowd dynamics within a temporary town setting and we have worked with the organisers to identify the ‘hotspots’ to ensure festival-goers are kept safe, deploying crowd barriers where densities are at their highest.”

2015 marks a notable increase in Mojo Barriers work with Independents, after it secured new contracts with 51st State, Found Festival and Glastonbudget.

For more information on Mojo Barriers, check out its official website.