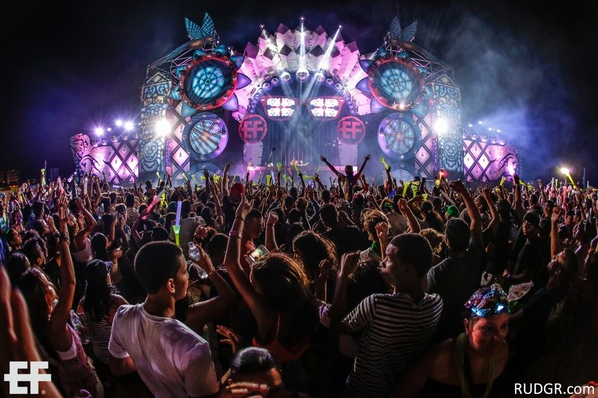 ARUBA: From September 3 – 6, 2015, Aruba’s Electric Festival will feature renowned international DJs, as well as the ADE Global Sessions. Electric Festival is organised by twins and entrepreneurs Maurice and Karim Neme in conjunction with the Aruba Tourism Authority and Amsterdam Dance Event.

The first two editions of Electric Festival were attended by more than 15,000 people in both 2013 and 2014. The two editions featured artists and speakers such as Chus & Ceballos, Dave Clarke, DJ Chuckie, Erick Morillo, Fellow, Knife Party, Lil Jon, Loco Dice, Maarten Vorwerk, Mike Henderson (ENDO), Nicole Moudaber, No Eat No Sleep, Partai, REVOLT TV, Slash, Stacey Pullen and many others. Visitors in previous years not only came from neighbouring ABC Islands (Aruba, Bonaire, and Curaçao), but comprised a strong contingent of fans from the US, Venezuela, and Europe.

With the addition of prominent new speakers and programme items, Amsterdam Dance Event’s global touring platform, ADE Global Sessions, is also shaping its Aruba line-up for this year. During ADE Global Sessions Aruba there will be a host of exclusive industry meetings, strategy sessions, Q&A’s, pop-up parties and more alongside Electric Festival.

This year’s programme of ADE Global Sessions Aruba focuses on the exploding electronic dance music market in the Latin American and Caribbean region. Exclusive business gatherings include an interactive series of powerful talks on the rise of electronic music festivals in the region with Leizer Guss (OCESA/EDC Mexico), Rodrigo Frutos (The Bullitt Agency) and Edo van Duijn (SFX South America) and ‘Industry Inside: Spot on Latin America’, with Brandon Bakshi (BMI) talking to Luis Estrada (Aftercluv Dancelab/Universal Music Latin Entertainment) about industry trends, sounds, possibilities and future visions for electronic dance music in and from the Latin American region.

As the cultural intersection of North and South America, Aruba is uniquely positioned to host the most global dance music festival in the Caribbean. Electric Festival and Aruba have evolved into a hub for the growing international electronic dance music community. The Aruba Tourism Authority is the main sponsor of the event, with the belief that this event will flourish into an internationally renowned festival and, in the process, find a stream of new visitors to Aruba.

For more information on Electric Festival, check out its official website.