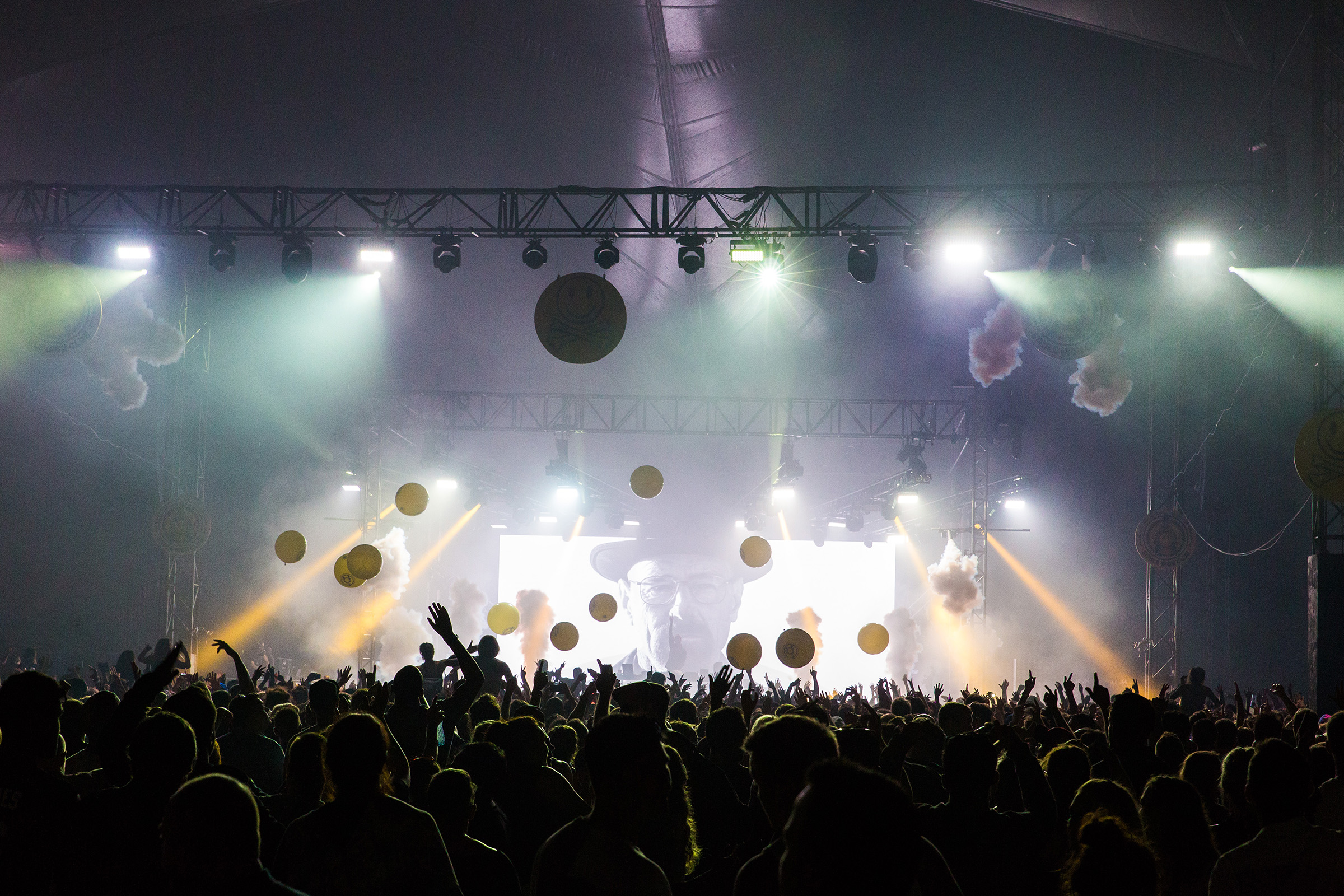 UK: The South West Four Festival (SW4) on Clapham Common’s south side is the latest in a long line of events that has called on the expertise of Capital Sound and the advanced controllability of its flagship Martin Audio MLA loudspeaker array. This time it was needed to contain the high-octane energy delivered by a host of world famous DJs and dance music specialists, on a site closely surrounded by residential buildings.

Promoter Andrew Mattle of Lock N Load Events had called in the London-based production company and its MLA last year for main stage only, initially having being impressed with the production they had delivered with Martin Audio for one of his promotions at Alexandra Palace back in 2011. As a result, this year the use of MLA and MLA Compact was extended to other stages.

Recalling the background, Capital’s senior project manager, Martin Connolly, said: “There had been criticisms on social media about how quiet the sound [at SW4] had been for a dance event, and Andrew was curious about whether by using MLA we could get the SPL up on site while at the same time containing it.”

Mattle himself had first become aware of Martin Audio’s award-winning system through “general industry buzz”, adding, “We are always looking for PA systems that might improve the levels we get at Clapham.”

Of course MLA has proved this ability time and time again, and was able to work within the measurements set by consultants Three Spires Acoustics for an audience capacity of 30,000.

After successfully debuting MLA at the 2014 event, Capital Sound succeeded in fielding Martin Audio systems in all five locations.

With MLA tech Joseph Pearce employing the standard MLA site preset, the extreme width of Main Stage and lack of depth negated the need for delay towers but required a tailored approach to avoid sound spillage out wide.

Thus production flew 13 x MLA plus a MLD Downfill as the main hang down each side, but instead of flying side hangs at the customary 45° angle for outfill, two drops of eight MLA Compact elements were set on the same plane as the main system but 24m apart. Explaining the decision, Martin Connolly said: “A conventional side hang would have radiated too much energy offsite into noise sensitive areas on both sides.” A broadside cardioid array, of 20 MLX subs boosted the low frequency, and a further 12 W8LM Mini Line Arrays were deployed for front fills.

The main 75m x 55m (10,000 capacity) Stage 2 tent (known as Fatboy Slim’s Smile High Club on the Saturday, and decorated with his signature smiley face) saw a further eight MLA and MLD Downfill per side with six MLX subs set on each side in a Left/Right cardioid design, with four Martin Audio W2 as frontfill and LE1500 floor monitors on stage. “With this design we were able to produce a lot more bass ‘thump’,” said Connolly. “We were flying from a mast and were able to stack all the subs on the base of the mast.”

Meanwhile, another globally famous DJ, Sven Vath was appearing on the 60m x 45m Stage 3 (dubbed Dream Don’t Sleep Arena). Capital deployed 12 MLA Compact and six MLX per side, the subs again in cardioid L / R configuration. Stage 4 was fitted out with six MLA Compact elements, ground stacked along with four WS218X on each side, in an end fire design with three W8LM infills per side. Finally, a Martin Audio W8LC Compact Line Array provided the Stage 5 sound.

Reflecting on the event, Martin Connolly said: “Upgrading to MLA and MLA Compact in most key locations produced a superior overall SPL — particularly at the rear of all tents, which were generally bigger structures than last year. On main stage the power of MLA at the back provided superior clarity in an area with only 45m between stage and FOH mix position.

“The aim was to deliver the same sound experience to everyone — whether they were at the front or back — and we achieved that.”

In conclusion, Andrew Mattle said: “It was our satisfaction with how well MLA performed on main stage last year that prompted the decision to use it more extensively this year — and we were equally happy with the result.”