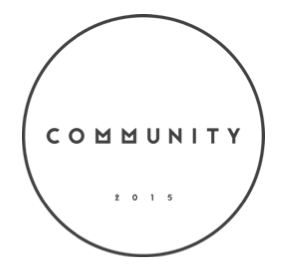 UK: This November, Community will take over the creative hubs of Shoreditch and Hoxton for three days, playing host to new and emerging talent across 11 well-established East London venues and a collection of re-imagined spaces. From hip hop and grime to indie, rock and electro pop, Community will showcase a genre diverse line-up of acts hotly tipped for 2016. Over 60 acts have now been announced including Blonde, Petite Meller, Vince Staples, Clean Cut Kid, RAT BOY, and Hacktivist, plus many more.

Tickets are now on sale via Ticketweb.

Community has partnered up with the industry’s musical tastemakers to bring you the best in emerging talent, including 4AD, DIY, John Kennedy presents X-Posure, Hoxton Radio, Kerrang! Presents Fresh Blood, Killing Moon, Noisey, Thump, The Cut, Raw Power Management and Search and Destroy Records, plus many more to be announced.