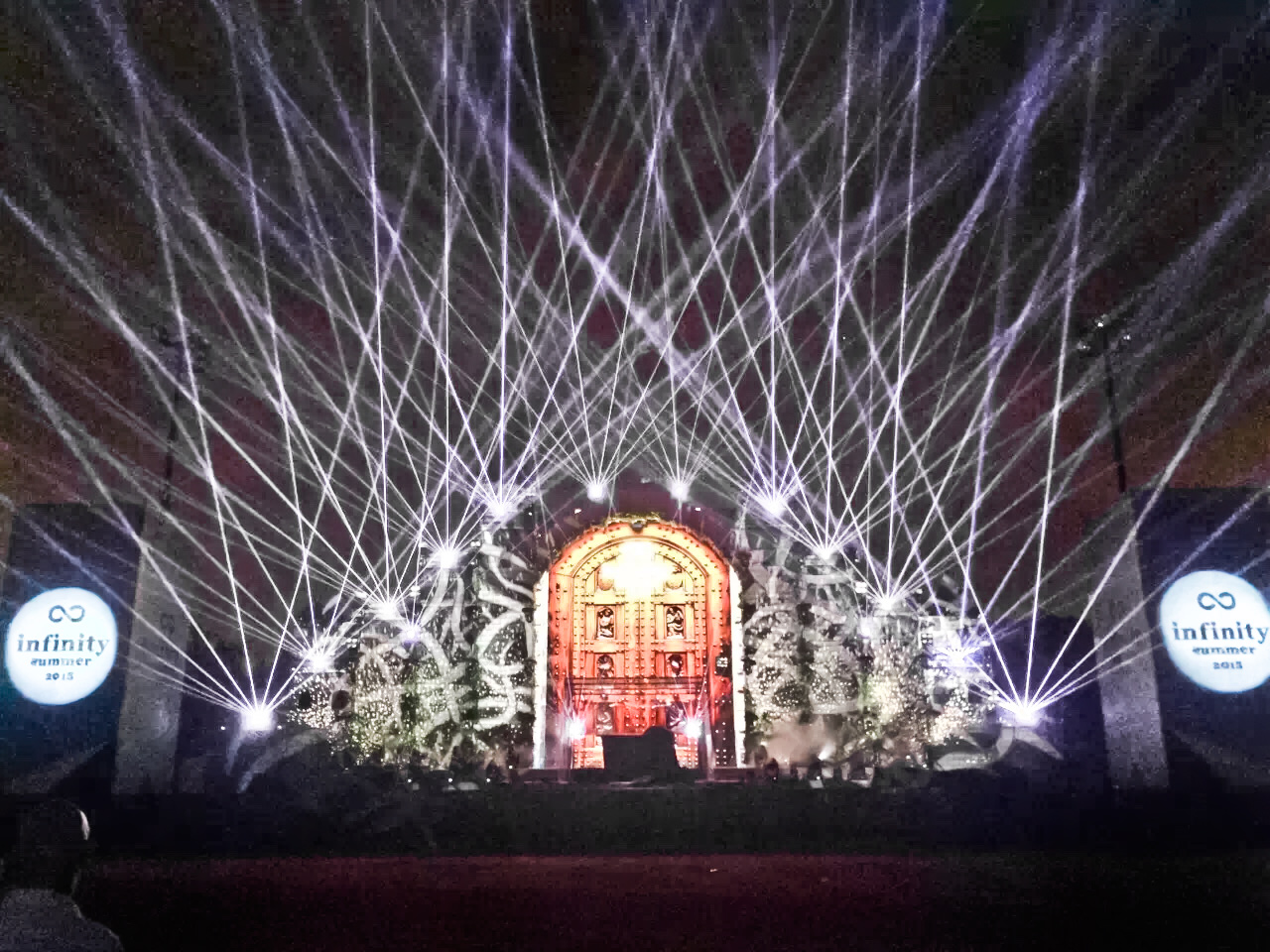 CHINA: The inaugural Infinity Summer Festival took place on August 8 in Shanghai, constituting the first interactive carnival-themed music festival in the city. The music offerings were mostly EDM-oriented, with an abundance of house and trance courtesy of Roger Shah, Dzeko & Torres, Alvaro, Genix, Ben Nicky, and many more.

The laser show was a central visual element of the event, so the organisers decided to go for high end laser gear of Swiss and German manufacturing, specifically utilising 10 x SwissLas PM-10.000RGB lasers as well as 6 x RTI PIKO RGB 18 from the Laserworld Group. The setup had an overall laser power of more than 200W and, according to the organisers, perfectly complemented the video walls and conventional lighting, as the power was more than sufficient to cover the whole festival area.