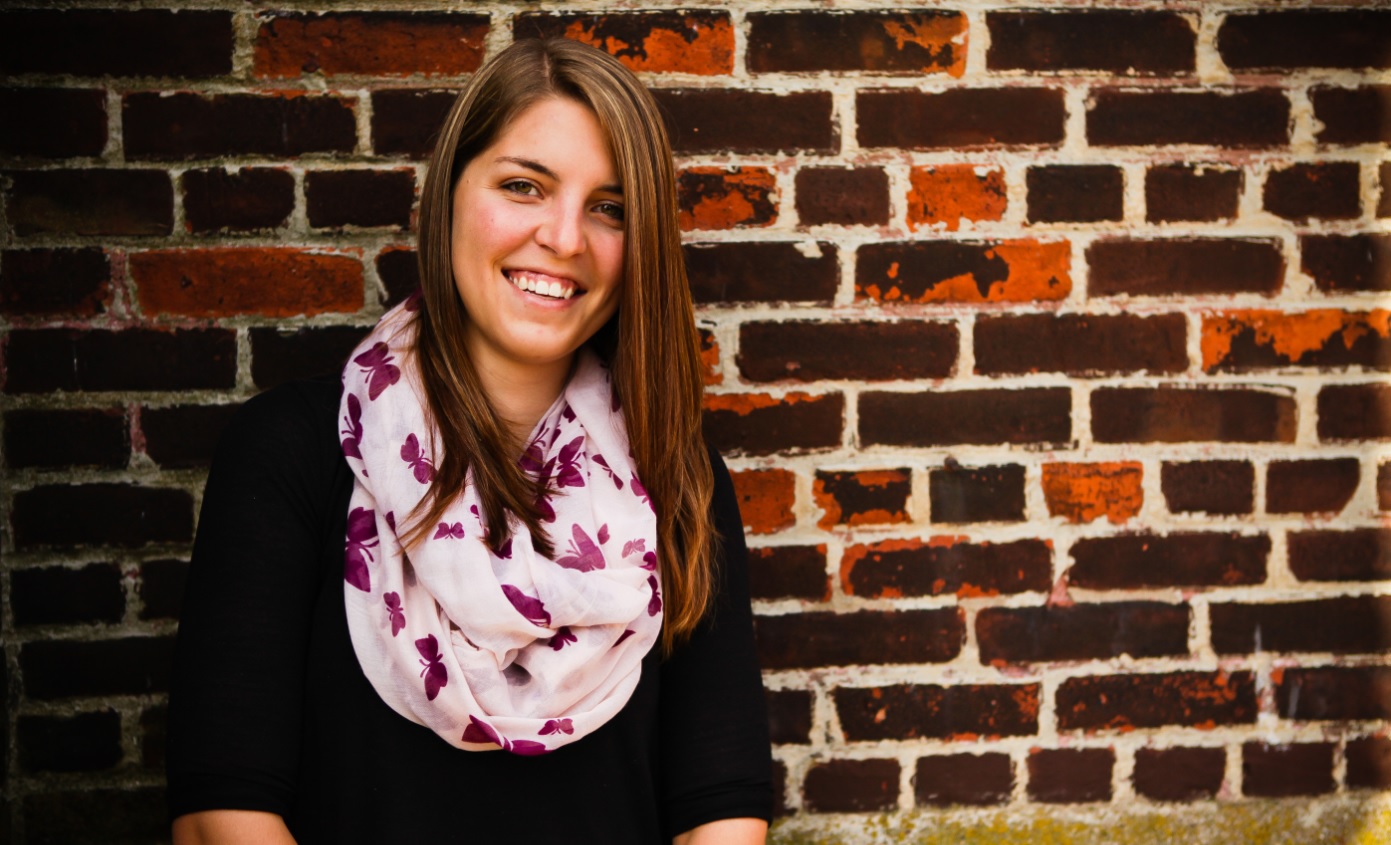 Growing up in an entrepreneurial family, Natasha Hillier inherited both motivation and innovation. After graduating from esteemed business school, McGill University, Natasha joined the live event & festival management software firm, Marcato. Starting out as an Account Executive, Natasha’s keen business skills & passion for her own clients’ success allowed her to quickly grow in the ranks, first being promoted to Marcato’s Customer Satisfaction Manager, and in 2015 to Chief Product Officer. During her time at Marcato, Natasha has had the pleasure of working with and consulting with some of the world’s most famous events, including the Country Music Association Awards & Music Festival, Coachella, Stagecoach, Firefly Music Festival, and Osheaga.

For a growing festival or live event, guest list management is the last thing on your mind, right? Ticket sales, artist relations, sponsorship, and a million other priorities take precedence over worrying about your guest list ­- especially since that is something you can deal with closer to the event.

For many organisers this is the reality, however what most teams will learn the hard way is that the bigger your event becomes, the more elaborate and important your guest list management becomes. It affects your sponsorship buy in, how well you’re able to cater to your artists, knowing what kind of important delegates will be attending; everyone who is pinnacle to the success of your event’s long term legacy is affected. In this two-part blog we’ll first cover best practices that any event can immediately put into effect in order to overcome the challenge that is guest list management, then we’ll tackle the technological components of the task, diving deeper into the details that will truly shine through during production.

I can’t stress how important it is to get on top of your guest list management early on in the game. Last minute accreditation is one of the most commonly seen mistakes among growing festivals. The first thing you need to do is identify and classify what kinds of passes (also known as credentials) you’ll need to have in order to take care of your list’s needs. Are you offering passes to sponsors? How about delegates? What about volunteers, friends, artists entourage, or any other number of people attending your festival? If so, they’ll need a specific credential that allows them access to all the right areas, and keeps them out of the spaces they don’t belong.

Some more points to consider when creating your credentials are things like:

The zones of your festival or live event catering (How are you going to feed your guests? Will they all get the same service? Will there be multiple levels of catering?)

What types of media are you going to use (visual cues vs. scanners or other tech)?

Working from these focal points will allow you to differentiate who needs what access and quickly begins to clarify just how many ‘passes’ you’ll need to create. This can be a slightly overwhelming process when starting from a blank page, so my team and I at Marcato have created a visual example of what an average growing festival or live event’s guest list breakdown looks like:

For a downloadable version of this breakdown infographic, please click here.

Pro tip: Be very careful when creating your credentials. Streamline as much as possible to avoid confusion (I have often seen major confusion onsite when there were simply too many different types of credentials / passes being used).

Once you’ve defined all your credential types, it’s important you get that info out to your guests as soon as possible (via invitations) and set strict deadlines for their requests.

#2. Make it clear and communicate well

When reaching out to all your applicable guests, be sure to make it very clear what kinds of passes they can request and what those credentials do for them. For example, if you’re offering general admission tickets to friends of the staff via internally bought tickets, be sure to clarify to those buyers that ‘General Admission’ really does just mean ‘general admission’. Just because they got a discount on their passes doesn’t mean they get any special treatment versus someone who paid full price. The most drama-­filled guest list issues are the ones where a person simply doesn’t understand what their pass really gives them privilege to and they’ve been left to assume they were entitled to something they weren’t. In many cases, it’s not ignorance fuelling the issue, but a lack of communication.

To avoid these kinds of situations, create easily accessible resources for your staff and guests that clearly outline what types of credentials / passes are available to request and what they give people access to (including things like catered meals, access to special areas, etc.). Make these outlines a go-to reference for your staff when they begin to initially build out their lists. Make a public friendly version for your guests to refer to as well (both prior to the event and again during production).

#3. Think about your end users

It is so easy to reach out to all your guests prior to the event, notifying them about what kind of pass they have and what they will do for them, and where they can pick it up (if you haven’t already sent it to them). This shows how you’re thinking about your guests, not just leaving them to wonder. It’s a devastating thing to walk around the whole event grounds only to realise you should have picked up your special credentials up at the gate, not the VIP tent. Thirty minutes later, you’ve got your pass.

For maybe the most important people attending your event (aka sponsors), picking up their special credentials is ‘the first impression’. Often, they will decide right then and there whether your organisation was worth investing in. There is absolutely no reason why every sponsor shouldn’t be walking away from the check-­in table thinking now this was money well spent.

When thinking about your end users, it’s really just about the details. Anything that can make life easier. For example, it’s a great idea to use both visual and technological cues for what each pass is. Your VIP might receive a green RFID bracelet, while your sponsors receive a yellow RFID bracelet. This means you’re not totally reliant on scanners to identify or serve your guests appropriately and your guests aren’t lost in the mix.

#4. Set deadlines and stick to them

Possibly the single most important best practice to follow when managing your guest list is to set deadlines and then stick to them. When it comes to credential requests, there is a certain amount of acceptable day ­of production requests. Life happens and as an organiser you want to be flexible ­- it shows that you’re both organised and dedicated to being a sponsor / delegate / VIP friendly event. Ten or even 20 requests a day, that’s doable. What isn’t doable is 50 or 100 requests that simply came out of nowhere for no other reason other than people just didn’t respect the deadlines you set for them (if you set deadlines at all). This can be avoided and your life will be better for it.

Finalising your credential requests days before the festival will simply put you in a situation you’re going to desperately regret come go time. If you advance people their application forms months ahead, give them hard deadlines weeks and weeks prior to the event, enforce your staff to filter through these requests and come up with a solid list, and have your entire guest list operation ready to rock (including credentials, media, zones, and everything else) long before you’re ready to open the doors, you’ll save yourself hours of headache! As I mentioned before, this is one of the most common mistakes in guest list management and regardless of how great your technology is, or how well you think you’ve thought through things, it won’t mean anything if you’re entering hundreds of details into your system the day before your festival.

Ideally, guests should be able to walk on to your grounds already wearing the credentials they were approved for months ago, because you mailed it out to them three weeks prior. Or, for those passes that couldn’t be mailed out, there are multiple places set up onsite that can quickly issue and activate their credentials in the matter of a few seconds. That is a perfect scenario, as well as a fantastic first impression!

#5. Prep for next year, don’t disrupt this year

It’s inevitable: there are things you’ll do this year that you won’t do next year. It’s a part of growth, and it is also what will make your event stand out in years to come. However, in some cases, there will be temptation to change course mid-way through your journey.

Whether you realise there should actually be 13 different pass types instead of 12, or that you need to create a second tier of sponsors to better serve your headline partners, these refinements should be noted and incorporated into next year’s event. These improvements will most likely be things you’ll realise AFTER already issuing thousands of credentials to guests. The temptation is strong to either void their passes and send out new ones, or treat their passes as this one thing, as well as this other thing’. When you go down this path, things go badly. Believe me when I say the temptation is an illusion and the best thing you can do in most cases is simply make the best of a situation that isn’t 100% ideal.

It’s always better to present your festival as ‘extremely well organised, with some areas to improve on’ versus ‘it seemed like they were trying to do everything, but didn’t pull off anything.’

Be vigilant! Build onto your legacy, and kill it next year!

In Part 2 of this guide, we’ll cover more detailed tips on how to lock down your stellar guest list.