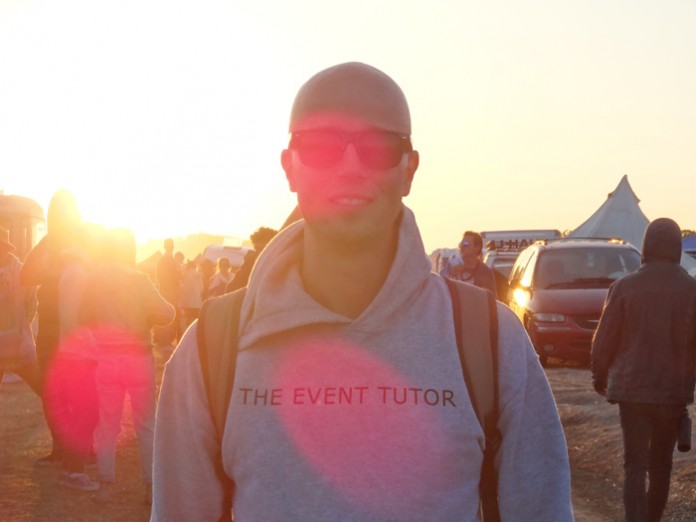 Jarno Stegeman is the founder of The Event Tutor, which offers online workshops in event planning. They teach how to plan, produce and organise an event or festival, from basic event management principles to more advanced practices. Currently The Event Tutor offers three workshops: Event Planning, Sustainable Event Management, and Wedding Planning. The results of the following research project can be found in the Event Tutor’s eBook ‘Event Planning: Research at Music Festivals in North America’.

The Event Tutor conducted research at the 2015 editions of Bonnaroo and Lightning in a Bottle, with the purpose of identifying ‘how festival attendees experience sustainability policies of live events in North America’. Both festivals supported this research, together with industry body A Greener Festival.

Specifically we wanted to know how the attendees evaluated the sustainability and environmental policies of these festivals. We tried to find out whether:

The results were compared to research studies conducted by A Greener Festival and Buckinghamshire New University in 2008 and 2012. At Bonnaroo we collected 282 questionnaires, and at Lightning in a Bottle we collected 180.

Tents left behind at campsites is a big issue for European festivals. For a few years now, Eco Action Partnership and A Greener Festival have cooperated on the campaign ‘Love Your Tent’, the aim of which is to change the behaviour of festivalgoers towards this particular environmental issue.

Some of the American participants in this survey wondered why we even asked this question because, of course, you are free to take your tent with you after the festival. At Bonnaroo 88% of attendees claimed to reuse their tent. At LIB the results are very similar; 87% said they would reuse their tents.

Unable to name local charities and / or organisations

Some participants in the survey were aware of the organisations’ own ‘good causes’ such as the Bonnaroo Works Fund and The Do Art Foundation. Perhaps greater emphasis can be placed on this for future editions of each of the festivals.

Signage is an important part of event planning. Recycling can be made easier if signage is clear and consistent. At both festivals we observed attendees at recycling stations. We wanted to know how easy it was for them to dispose of their trash. Attendees at both festivals really made an effort to separate their trash. Where volunteers were present the process was much quicker.

Transport is one of the biggest contributors to the overall carbon footprint of a music festival. Both festivals actively promote carpooling schemes on their websites. The festivals incentivise their audiences to car share and use organised buses wherever possible.

On average Bonnaroo fans travelled 477 miles by car to get to the festival site. Lightning in a Bottle fans travelled less far – 292 miles on average – but this is mainly because the majority of the interviewees had a Californian zip code. Our research at both festivals focussed specifically on the distance travelled by car.

Festivalgoers indicated that they both want and expect a festival to have a coherent and comprehensive environmental policy. Over the years more festivals in North America have implemented these, and it’s clear that audiences are both receptive to those already in effect, and also demanding of more.

This is great news, but festival organisers need to make sure they communicate their policies to the fans. They should make it clear what the policies are, how they are being implemented on site and what it will mean for the fans.

Festival organisers: shout about your policies!

Based on our observations and interviews we can conclude that festival attendees genuinely care about the state of the festival site and the environment in general. A festival creates a perfect opportunity to educate people on the issues of sustainability and raise awareness.

The Event Tutor conducted this research in the summer of 2015. This survey was supported by A Greener Festival, Bonnaroo Music & Arts Festival, and Lightning in a Bottle.

Besides questionnaires, we interviewed festival attendees and observed their behaviour at onsite recycling stations. The questionnaire consisted of 22 questions. Most of them were closed questions, 8 of them were open questions. The average time to complete a survey was 7 minutes. People could take as much time as they wanted. In the questionnaire we asked questions about: demographics, transportation, sustainability initiatives, the environmental impact of festivals, facilities (showers / toilets / welfare), the responsibility of keeping the site clean, environmental policies, projects supported by festival, concern over environmental issues, recycling, water usage, and tent re-usage.