Home News Fatboy Slim, Steve Angello and more for We Are FSTVL 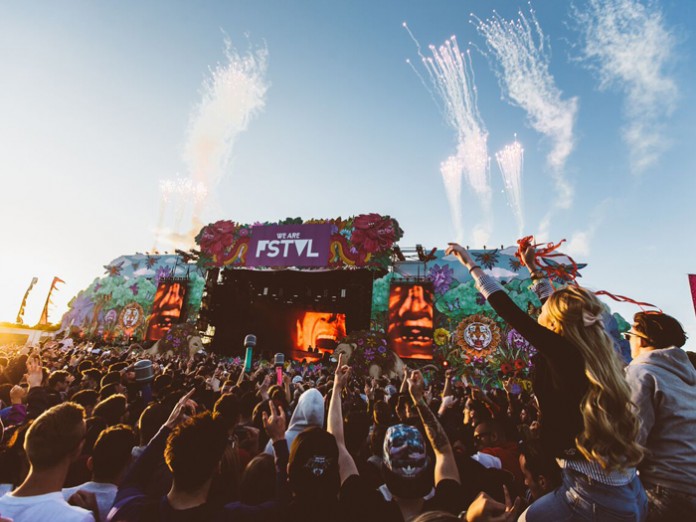 UK: Following a first phase announcement that revealed a host of names across the electronic spectrum, We Are FSTVL has now revealed the second bunch of acts for its 2016 edition. Set to return to Upminster, Greater London on from May 28 – 29, the latest line-up additions include festival headliners Fatboy Slim, Steve Angello, Shy FX, Sub Focus, Todd Terry and Geddes – making its fourth edition the biggest to date.

Kicking off an array of stellar DJs that have been intrinsic to dance music’s trajectory is the legendary Fatboy Slim, who is confirmed to bring his incomparable party atmosphere to Saturday’s We Are FSTVL main stage. After launching his colourful Smile High Club brand last summer, Norman Cook aka Fatboy Slim is guaranteed to provide revellers with a plethora of dance floor anthems, whilst chart-topping producer DJ Fresh will also feature. Over on Sunday’s main stage, Swedish superstar Steve Angello is confirmed to headline – amidst the release of his debut solo album Wild Youth – with DJ Snake, Tchami and Disciples completing the stage’s billing.

Representing We Are FSTVL’s house and techno offerings and joining Guy Gerber for his RUMORS showcase is the Parisian DJ trio Apollonia – comprised of Dan Ghenacia, Dyed Soundorom and Shonky, who are renowned for their sophisticated yet relentlessly groovy productions – and will be joined by an incredible cast of selectors including Cassy and Eats Everything. In equal measures, Jamie Jones’ Paradise takeover on Sunday has announced special guests Solomun and Hot Since 82, who will perform alongside Matthias Tanzmann and brand residents Richy Ahmed, Patrick Topping and wAFF.

Drum and bass institutions UKF and Hospitality continue the list of established names, collaborating with genre mainstays Shy FX and Sub Focus respectively for two typically high-energy performances. Defected’s Glitterbox will be bringing their hugely creative party brand to Saturday’s Disco Tropics arena and will be joined by house music royalty Todd Terry, Joey Negro and Roger Sanchez, whilst upholding these soulful sounds is Norman Jay, with Defected head honcho Simon Dunmore also on hand to support. Rounding off the phase two additions is Geddes, who will take play in Paravana Project’s imaginative and vibrant takeover of Sunday’s Favela Fiesta.

With weekend early bird tickets already sold out and second release running low, We Are FSTVL continues prove its position as a stand out date in the 2016 festival calendar. More line-up announcements are also scheduled, and with the addition of five themed FSTVL worlds and enhanced logistical improvements, be sure to act fast to secure tickets.