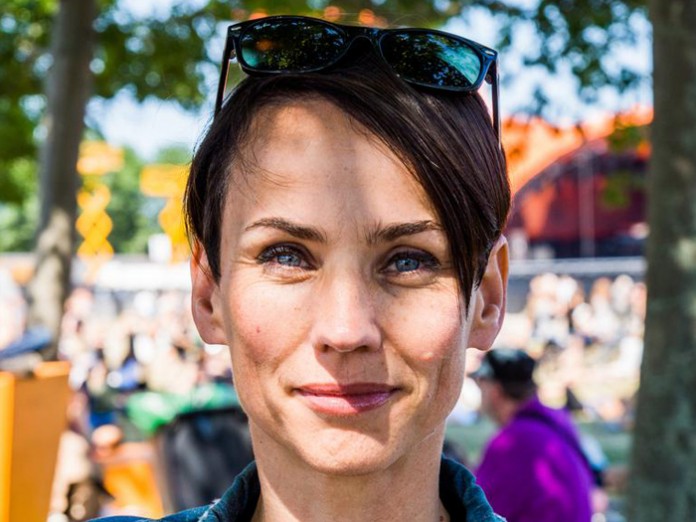 Most readers of this column are probably aware that Roskilde Festival is 100% non-profit. We have been since 1972, actually.

But what does it mean to be a non-profit festival? To us, it’s our very raison d’être. Donating to social and cultural charities is a major part of what we do, of course, but there’s more to it. It’s a way of thinking, a mentality, an identity. Consequently, it’s a question of trying to change things, giving a voice to those who may need it and changing attitudes through our music and art. It’s a way for us to meet people and making people meet; the meeting between different people is the basis for any sort of change.

Sure, occasionally we end up preaching to the choir, but this is never what we set out to do. For example, when we’re deciding which act should open our iconic Orange Stage, the biggest of our nine stages, we’re very aware of the healthy amount of attention from fans, media, and partners this prestigious task is attracting. Some will love it, some will dislike it, and some will be surprised. Either way, it causes a debate and makes people talk. This year, we have given the task to the Syrian National Orchestra for Arabic Music with Damon Albarn and Guests.

Why, you may ask? We have donated money, tents, sleeping bags and more to refugees for years now, and last autumn we set up shows with members of the Syrian National Orchestra who hadn’t played together since fleeing their home country in 2011. We have a stage where we can highlight something we think is important, and by putting this orchestra on the Orange Stage we’re acknowledging and focusing on one of the most vital issues in the world today. At the same time, we’re showing that all these people – individually and collectively – have so much to offer, no matter what backgrounds they may have.

Stand up for your rights

Although we support many different organisations, we work within certain themes from year to year. We do this to make sure that we can shine a light on an issue that we believe to be important not just to us and to our audience but to the world. We aim to be a platform for knowledge in this sense, instead of telling people what to think. We like the fact that our fans are open and ready to embrace diversity. We don’t have to agree on everything, but everyone needs a fair chance to be heard, and we want people to be engaged in the society that surrounds us.

The next three years we will be paying special attention to equality, and each of these three years we will focus on particular aspects of this theme. We’ve chosen the positive wording simply because we want to underline what we’re fighting for, and what we’re standing for. This seems more important than ever before, and it’s something many people can and should relate to.

In 2016, the focal area is political equality. This includes topics like refugees, surveillance, limited freedom of speech. But what does it entail? Working with the Syrian National Orchestra for Arabic Music is one aspect. Donating to organisations working within this field is another. Our special Making a Change ticket, for example, is a festival ticket that includes an additional donation to the Swedish organisation Kompis Sverige because of the important job they’re doing for integration in the country – based on interviews, they match up new Swedes and established Swedes. In other words, they help create friendships on a very personal level that gives people the chance of getting to know a new culture, country, language and so much more.

Additionally, we find it very important to engage people at the festival site as well. Working within our themes from year to year, we establish workshops, debates, talks, poetry and performances related to the particular focus. We invite organisations to take part by curating seminars, organising workshops and much more. Examples from last year include a session with Obama’s superstar speechwriter Jon Favreau, documentaries curated by the coveted CPH:DOX film festival and of course the ‘Little Big Things’ workshop organised by the World’s Best News – relating the UN’s world goals to young people, making them tangible and understandable, engaging people and enabling them to take action.

We’re also working on engaging people throughout the year, mainly through the organisations that we’re supporting but also by giving the chosen theme or issue more attention in the festival community – and not just for a week.

There is a strategic ambition behind this: we aim to connect our music and art, not only in terms of diversity and ethos but also the themes we’re working with. For this reason you will also find art at the festival that reflects this year’s focus on inequality. Our entire Art Zone is an area that offers original artworks by some of the most exciting new talents as well as internationally renowned artists.

In short, we’re much more than a great line-up. Working with non-profit values, we create a full experience of art, music and engagement, involving artists, audience and our many volunteers.

To us, creating a festival is about leaving a mark. It’s about believing in people and making a difference, all year round.