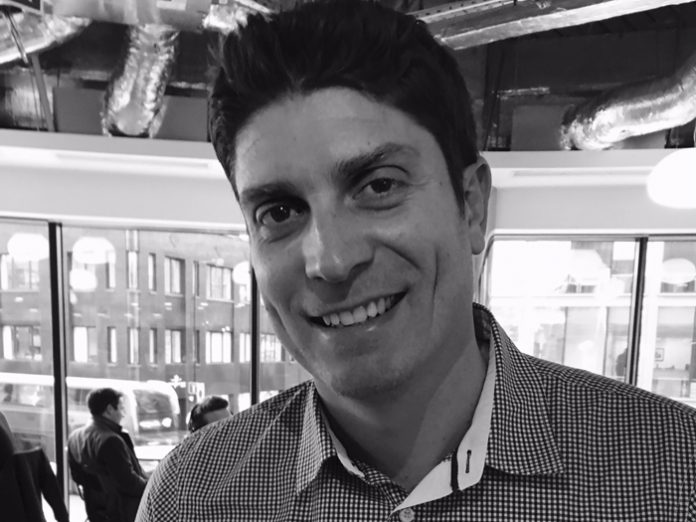 George Kapellos is Head of Marketing & Partnerships at Mativision, a Shoreditch based company that provides brands and entertainment businesses with the ability to film and broadcast in full 360˚ vision and virtual reality. In this article, Kapellos writes about a recent Years & Years show that the Mativision broadcast live in conjunction with Samsung and its Gear VR headsets.

“We are buzzing; the show was like nothing we’ve done before.”

This was the reaction of four-time BRIT Award nominees Years & Years to a groundbreaking gig they performed recently at the Hospital Club in London. Technology giant Samsung was looking for a way to launch its new Galaxy S7 flagship series smartphones and showcase its Gear VR headsets. Working with experiential marketing agency Iris Worldwide, Samsung organised a ‘private performance’ to showcase how virtual reality can transform a live music experience.

“We teamed up with Years & Years – who share our passion for innovation – to take their live performance experience to a whole new level,” said David Lowes, Chief Marketing Officer at Samsung Electronics Europe.

The private performance was attended by 200 fans and was also streamed live in interactive VR, making it a first for the music industry together with Samsung. An audience of UK and European media representatives were able to fully immerse themselves in the experience through Samsung Gear VR headsets powered by the brand new Galaxy S7 and S7 Edge smartphones in a separate area of the club. The live stream was also available to existing Gear VR customers across Europe via a bespoke app. The show acted as a preview to the band’s upcoming world tour and saw them perform six tracks from their platinum selling album, Communion.

The event threw up a unique set of challenges. “This type of live stream VR broadcast is made possible by our proprietary end-to-end VR live streaming workflow,” said Anthony Kaydis, founder and CEO of Mativision, which powered the live streaming of the event and also developed the bespoke VR app for Samsung’s mobile devices. “One of the biggest challenges in a live immersive VR broadcast is that the multiple individual video images, which produce the 360˚ spherical image, must be stitched perfectly in real time with no visual artefacts. As we use more than one 360˚ camera simultaneously in our live VR broadcasts, this becomes even more critical.”

Mativision is one of the few companies that has experience in streaming 360˚ video and VR in this kind of environment, but there are often firsts at every show and this event proved to be no different. Leveraging Mativision’s unique VR Player technology, this was the first time that Gear VR owners had the ability to select different camera positions, in real-time, while the show was being broadcast live.

Furthermore, thanks to the creative input of renowned director Sam Wrench – who has previously worked with acts including Mary J Blige, George Michael and Blur – a moving 360˚ video camera was deployed above the band.

“While we have a very mature technology offering and use special 360˚ cameras that are robust and small enough to be unobtrusive, it is creatives like Sam who really help to drive the VR experience forward, using tricks and techniques from other traditional filming approaches,” said Karydis. “Having a moving camera on a rail above the band is a case in point, and it gave an amazingly impressive bird’s-eye view of the whole experience.”

However, it was not as easy as it sounds to execute. “Unlike in conventional filming, when you’re working in 360˚ you have to be very careful with movement, and we worked closely with both Sam and the operator of the rail’s moving platform to achieve a speed that didn’t feel unnatural or disorientating to the viewer,” Karydis added.

For Samsung, the event proved a success. By watching the performance live through the Samsung Gear VR headsets provided, the remote audience was given a truly immersive experience and was able to ‘visit’ places not possible in a live performance, proving the effectiveness of the technology.

“Delivering a live VR project with this level of complexity demands a huge amount of experience and ability,” said Karydis. “It really constituted two separate simultaneous VR broadcasts and we had to ensure that they were delivered impeccably, both for the onsite as well as the Europe-wide VR audiences at the same time.”

The event generated positive press coverage and the band themselves were really impressed with the technology.

“The VR element adds a totally new dimension for us as performers and for those watching,” Years & Years told reporters on the night. “We’re proud to be the first artists to offer such a unique and special, immersive experience to our fans. We can’t wait to see the performance ourselves in 360 video.”