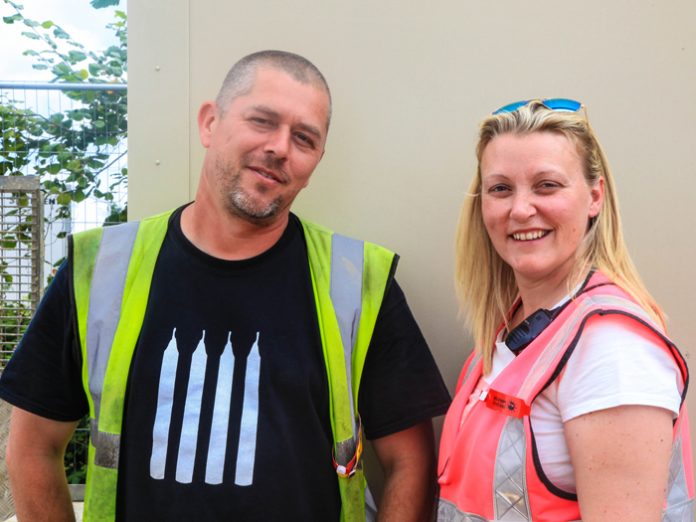 UK: Building on the success of last year’s event, Enteetainment was entrusted to oversee site management at Wickham Festival for the second year running from August 4 – 7.

Wickham Festival is a forward thinking, four-day music event, which welcomes a sell out crowd of 7,000 music lovers to the eponymous village each year. Following a successful first year, Enteetainment returned to the festival to create its site plan and analyse the layout to implement a number of changes to make best use of the whole site and ensure smoother crowd-flow. One such change was the addition of a new fourth stage, a 12m x 30m structure, where local and unsigned bands could perform.

Amy Harmsworth, Enteetainment’s site manager, said: “Wickham is such a lovely, family friendly festival and I’ve loved working on this event for the past two years. In our first year we got to understand how Peter Chegwyn and his team worked and got to grips with the site. We made a number of changes to the site plan this year and have taken advantage of some better ground within the footprint to make some backstage areas into front of house areas and so on.”

With performances from Tony Hadley and The Stranglers, this year’s festival saw a sell-out crowd of 7,000 music lovers.

Wickham Festival organiser, Peter Chegwyn, commented: “We oversaw site management previously but there comes a time when you feel it’s time for a change. We knew about Enteetainment and so we were thrilled when they agreed to help with our site management. After two years I’m very happy with them, Amy and Neil are brilliant to work with and have great industry knowledge so I can leave them to get on with the build, which gives me great piece of mind that things are being done properly. They’ve made some great suggestions regarding site layout that we have taken on board for this year’s event, and we’re very pleased to have them back.

“The feedback we get from artists and guests is excellent; it’s a great atmosphere, which was a vital consideration when choosing a site management company. It’s important that when we introduce rules and make site changes that we don’t lose the atmosphere that makes this event special, and Enteetainment really understands this.”

Enteetainment’s Neil Chalmers commented: “Wickham Festival has such a lovely atmosphere with some really nice acts performing; Peter knows his audience really well. He has grown this festival from scratch and we’re here to help make the event more efficient and ensure it runs as smoothly as possible. This year although the big top stages occupied the same footprint, we worked on streamlining the flow around the arena and the way the main stage loads itself. With the addition of a new stage, we designed a layout which utilised the best of the ground, streamlined audience flow, minimised wastage of space and ensured it could fit comfortably within the festival site.”