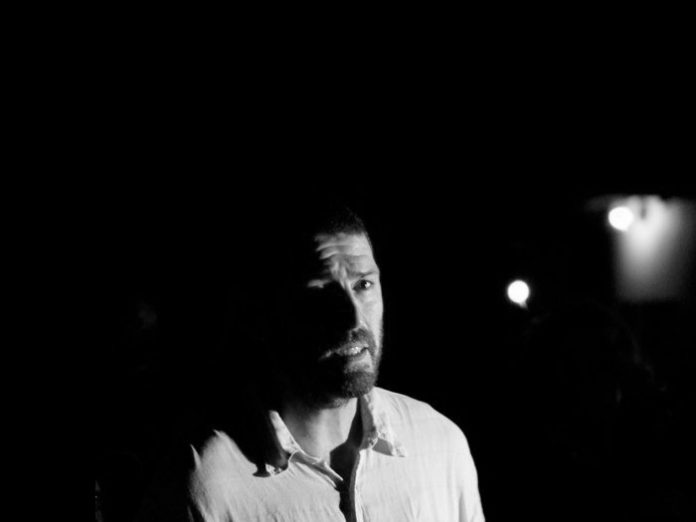 Tom Branston has been producing events since 1995 with Oasis’ What’s the Story tour party. With myriad roles at UK festivals since (Big Chill, Bestival, Camp Bestival, Green Man, BST Hyde Park, Blissfields et al), he’s been volunteering at Lake of Stars since 2010, but these days the day job (when he has one) means experiential brand activations and strategic communications events for global organisations.

Come the Monday morning, sometime shortly after the sun has risen over Mozambique and the Lake, with a Kuche Kuche in your hand (easy tiger, it’s only a beer), and (if you’re sensible) having had no sleep, you’ll ask yourself what just happened.

It’s my guess that you won’t be able to answer, and when you finally get back to the UK, and the relative dirge of the more ‘traditional’ festival circuit, you’ll be left simply mumbling ‘just come next year’ to anyone that’ll listen.

And if they know what’s good for them, they will.

Will Jameson started Lake of Stars 12 years ago, having co-hosted the successful (and to Malawi’s leading brew, ubiquitous) Shake, Shake Chibuku club in Liverpool, and as his way of bringing to the Warm Heart of Africa an income through tourism and a more positive media outcome than is usually reserved for the world’s poorest country. It’s now the single biggest generator of positive media coverage in Malawi, and since year one, has had the biggest single economic impact of any event held in country.

Lake of Stars has of course grown from its humble beach party beginnings in 2003 to become an internationally renowned, high profile multi-arts event. This year, over 90 artists from 15 countries performed across three stages to just shy of 7,000 people over 4 days, including a free day targeted exclusively at local children and young people, co-sponsored by a UN collective promoting gender equality and safer sex, both critical issues in this corner of SE Africa.

Musically, Lake of Stars is frequently recognised as being a leading player in the African festivals market, and so readily offers local artists an unrivalled opportunity to showcase their talents on an international stage, as well as bringing Europeans to a new audience. According to South Africa’s Mail & Guardian: ‘Lake of Stars has become much more than a music festival, it is a celebration of artistic expression, and increasingly, a platform to launch young Malawian talent’. Maybe that’s why this year we dared schedule the banned-in-Malawi Vagina Monologues?

But it’s not just the main festival. Beyond the four days at the Lake, this year the project is delivering more cultural events and activities than ever before. Rooftop Sunset Acoustic Sessions across the country; an international film festival in capital city, Lilongwe; sports-tourism events in association with Malawi’s Olympic Team at Mount Mulanje, and proving that imitation is the highest form of flattery to perennial award winners, Bestival and Camp Bestival, we’re now in the second year of the Lake of Stars Children’s Festival, designed specifically for Malawi’s younger audience.

For me, it’s been a six year journey of professional development, the like of which – with respect to Mr and / or Mrs’ Benn, da Bank, Larkin & Lawrence etc. of the UK festival scene, all of whom have seen variously unfit to at least vicariously employ me – has known few parallels. From year one’s ‘don’t you know who I am’ moment (the then president’s son, trying to gain entry with a visible handgun), to this year’s near diplomatic incident (no, no details), absent medics, waiting in line for crew food rather than attending incidents, and every year’s rampant wristband black market. I’ve had the excellent good fortune to work with some of the best in the UK business, both contractor and crew, although happily each year those numbers dwindle as it’s a stated aim of the project that eventually the show will be entirely produced in country. And we’re making progress.

In my first year as a ‘LoSer’, 26 of us flew out with two tonnes of Audile cargo and no small number of B&Q gazeboes to deliver the assorted departments (Box Office, ELT, volunteers, vendors, stage management and production, Press & Media, Security and so on). This year, in a sign of continued progress, the necessary ‘cargo’ – wristbands and radios completed the manifesto – was shared across the luggage of a mere seven Brits. As we’ve donated a full Funktion One system to student groups working in Malawi, we no longer need to bring the PA, only repair what’s there. Our Outreach programme (into the neighbouring village, Chipoka) was entirely built by our Malawian team – not feel-good charitable UK volunteers – and our Malawian crew were able to deliver to The Young Fathers their explicit headliner rider request: “Dark. And loud.” Like all our international acts, they’d played for free, so it was the least we could do.

As for the actual numbers, as ever – and as across the world – actual, worthwhile profit remains a holy grail, but we have generated over $5m for the country since the beginning. Even if every year we scratch around for sponsors, and all work only for the love of it, we prefer to run workshops for Malawian artists offering practical and theoretical advice on how to make a living through music, and have determined to put all and any profit back into the project rather than take any dividend.

But with over 1,000 local beds booked and 100 event jobs created each year, to say nothing of all the other direct economic impacts the festival generates, it perhaps shouldn’t have surprised me as much when Frank, son of the Chipoka Chief, suggested that “because of us, [he has] built a house”.

Yes. I admit it. For that moment, I had dust in my eye.

To those of us that have had the deep joy of working it, Lake of Stars really is one of ‘the world’s best festivals’ (Time Out, BBC, CNN, Guardian, Q magazine, the list goes on). I’m fairly sure we’d have won a UK Festival Award too, but given entry deadline day always seems to be that Monday morning, we’re all too knackered to enter. And anyway, we’re drinking Kuche Kuche and watching that sunrise.

To those of you that haven’t been, you’ll just have to come next time.

If you know what’s good for you, you will.

This year’s Lake of Stars takes place from September 30 – October 2 on Lake Malawi.