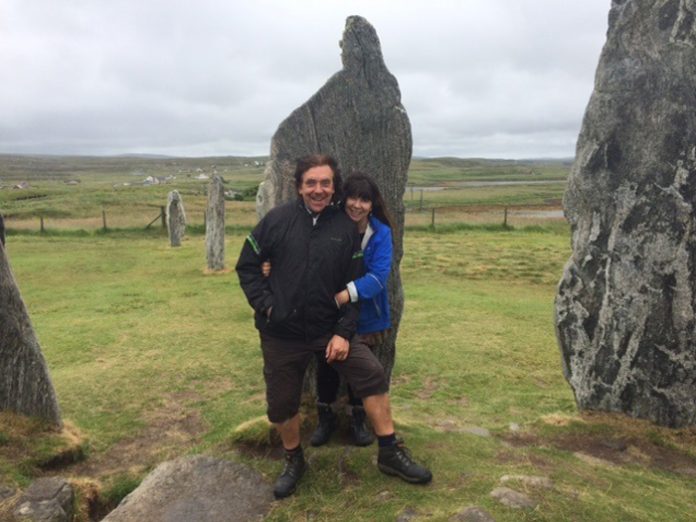 Gordon Thomson is a partner at Woodburns Street Food, a family-run purveyor of nutritious and affordable food & drink for festivalgoers. Founded in 1996, the business has operated at UK events for a number of years and in this article Thomson argues for increased transparency and shared risk between caterers and festivals.

2012 was a low point in the world of festival catering. It was our third year in this business and we decided to go for it. We had always done well with our handmade pizza at T in the Park, so we thought why not expand and do more large festivals? At that time we had two units and put both of them into a renowned major UK festival.

The catering world was in turmoil. New handmade street food vendors like us were making big inroads into festival catering, and fees were all over the place. Some caterers gained entry under favourable government schemes that provided organisers with money to promote healthy food (we started at T in the Park under such a scheme). Other organisers, however, had deals to bring healthy food only into certain areas and charged a percentage of gross, with some charging the same fees as for the traditional burger vans. Guess which model we had signed up to five festivals under? For the aforementioned major festival, in addition to paying a fee of £9000 per unit we had to transport staff and two units down from the Highlands of Scotland, and the festival was split into different areas which had restricted trading and entry times.

I wanted healthy street food to be everywhere at festivals, and I had worked hard to come up with a process that could allow our pizza to be made quickly enough and at a price to get at least close to the sales of the burger vendors. However I soon realised at this specific festival that neither of our units were in auspicious locations within the site. If the weather had been perfect with 12 hours worth of trading each day, we would have probably still lost money due to the number of units packed in and the nature of the site. In actual fact the weather was horrendous, transport links to the event were shutdown, and many folk never even arrived. When we counted up we had lost £15,000 and were tied in, having already paid half the fees by way of deposits to four similar festivals. With the exception of T in the Park we lost money at all of them – although not to the same degree – and only survived as a result of the medium and smaller festivals that we traded at. We were one of the lucky ones; many a business went under and the general atmosphere was horrible. There had to be a better way.

2012 saw us nominated for Concession of the Year at the UK Festival Awards. My daughter and I attended the Awards & Conference and I couldn’t stop myself from standing up and telling everyone what I thought of the fee system at these large festivals, stating there had to be shared risk and a new system adopted.

Much later in the evening someone powerful within the industry sought me out, said he agreed with all I had said and to please give them four years to sort it out.

So it is four years later, and things are a lot better. Fees for large festivals seem to be settling down – based on a deposit paid in advance plus a percentage of gross should this figure be higher, paid by the concession at the end of the festival. I would urge that deposits decrease further to ensure genuine shared risk, so that if the food trader does not end up making a further contribution to the festival by way of the percentage then the festival suffers too. It cannot be that the festival – based solely on the deposit – does fine, whereas the food trader loses out alone.

We need more freedom of information. Why don’t we know how many concessions are being included in the festival? Should there not be recognised ratios of concession to numbers expected? These need to be altered for non-camping and camping and of course dance and non-dance events. Dance festival revellers don’t eat, ask any food concession! There must be a much greater number of public to concession ratio at such festivals.

I am still invited to tender for festivals, the information I am given being a rough idea of numbers they hope will be there and if I am lucky an assurance that no other concession in the area will be selling pizza. That is not enough! Can you imagine a business in any other industry being asked to tender without an awful lot more information?

Festival organisers should be able to state how many they expect in attendance, what the basis is for that estimate, and the number of concessions they are employing for those numbers (ideally following an industry-agreed ratio for the type of festival).

We are all gambling in this business. Weather can close a festival altogether (or at least reduce numbers), and ticket sales may not reach expectations. We shouldn’t have to take on unnecessary risk alone. Most festival organisers will have worked out the numbers correctly so please just share the information with us.

Many of these problems stem from ignorance of each other’s problems. Things have certainly improved and if we talk more things can improve further. It would be nice if there was some trader and organiser forum, or do I just need to keep drinking whisky and shooting my mouth off at the Festival Awards?