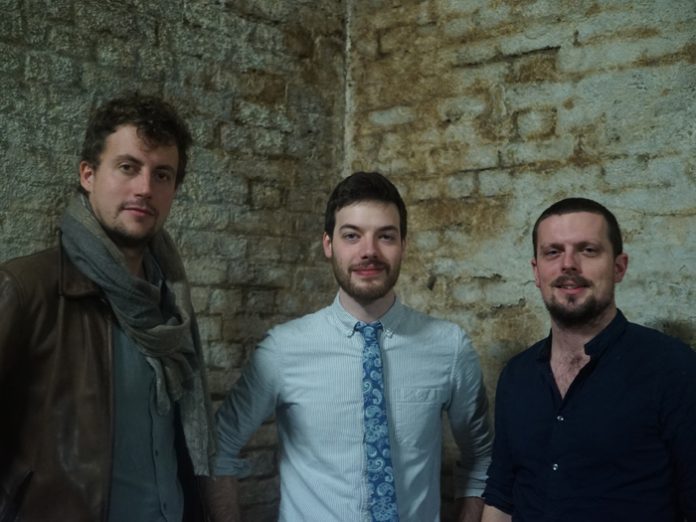 Tim Wilson is a Director of VAULT Festival, whose 2017 event runs from January 25 – March 5 and features almost 200 performances. Visit the official website for full programme information and tickets.

Groupthink is when a bunch of otherwise smart people make a dumb decision. I like to think that the VAULT Festival team is a smart bunch, and I know for sure that on occasion we’ve made some dumb decisions. Particularly, I think we approached some risks in the wrong way. How did it happen, and how do we stop it happening in the future?

Some types of risk should be handled with utmost care. If it’s health & safety, then the closest possible attention to detail should be paid. The first VAULT Festival suffered from groupthink on this front when we hosted Paul Mason’s launch party for his book ‘Why It’s All Kicking Off Everywhere’. We were still within striking distance of the Arab Spring and the Occupy movements. So when a bunch of smart event planners got together, we anticipated some BBC journalists and some educated chatter while a few glasses of wine were sunk. We didn’t expect the 500-strong Occupy movement to turn up and swamp our security, our bar, our everything. Everyone was at risk; it was a low point in our careers.

Following that, we doubled down on health & safety. Previously – though I hesitate to admit this publicly – I often blustered something I’d once heard in my Punchdrunk days, that ’literally anything could be made safe’. However, let me summarise this most important caveat: some risks aren’t worth taking.

Moving on, we have also erred in a second type of risk: the risk of communicating badly. We’re going to get to core content risks and ones of personalisation later. Everyone knows the meetings that happen with marketing and advertising companies, where water is thrown on your instinct to be bold, revolutionary and intense. The argument will always be the same: on one side, most likely an art director, passionate about the imagery and the abstract, and on the other, an experienced comms team, rightly concerned that people need more information on the poster.

Neither of these parties deserve automatically to win. But let’s identify the two instincts that are being played out, because they aren’t actually oppositional, and that’s the key to avoiding a classic groupthink fail. The art director is defending territory she has created, and is convinced that what she is presenting to the public contains all the inspirational impetus needed to get them interested. The impulse here is to do with trusting the public imagination to make a journey.

The groupthink mistake would be to position the marketing team against this impulse: to characterise them as wanting to eliminate the public imagination, to serve everything up for free. I’ve certainly made this mistake. No – they want the journey as much as anyone else, they just want to pave the way! Mediating between these two departments requires an alignment of interest, rather than opposition. Mat Burt, the VAULT Director of Communications and one of the Festival Directors, has led a team this year to our finest lines of communications yet, and the secret is that he’s lined everyone up to look at the customer journey in the same way, without any conflict of interest.

There are risks of core content. VAULT programmed a show from Israel in 2016, which, in the period between programming and actually appearing at VAULT, became eligible for the Palestinian Campaign for the Academic and Cultural Boycott of Israel, by dint of accepting money from the Israeli embassy here in London.

This is a delicate issue, and a risk that we weren’t prepared for. It is the first type of risk we’ve looked at that splays out from being solely an institutional risk into personal territory. This makes it difficult to know how to define a policy: in this case, of the three Festival Directors, who has the deciding voice? And how would we adapt our policy? Well, we found out quickly that none of us has a deciding voice, particularly since the Festival staff’s views were bound to be as varied and as firmly held as our own.

Groupthink in this matter would have been to follow the frightened advice to shut the conversation with the boycott movement down. I am glad we didn’t. We engaged in a meaningful way with both sides of the argument, and we did not shut down the Israeli show. We did not issue a change in policy, except to identify that this area was one in which it had to be recognised that multiple views were held, and in an organisation that prides itself on equality between members, no policy would be instigated that made other members feel unrepresented.

The last type of risk is personalisation. I think I actually mean personality here. People are devilishly inconsistent; we have instincts to foment revolution in one area, while being conservative in others. Double standards get doled out all the time and many a devious track has to be covered along the way to a big event. VAULT is no exception, though we try and keep ourselves clean – in fact, Mat and Andy George, another Festival Director and the man in charge of the whole staff structure, have inserted a few Asimov-style ‘laws’ into everyone’s contract this year, the principle one simply reading ‘Be Nice’!

The risk of groupthink is making a dumb decision all together. The risk of personalisation is that you can easily make a dumb decision on your own. I make bad decisions all the time. And this risk is only mitigated by the smartness of having many brains around the table. Personalisation and groupthink are the yin and yang of any working group, and one of the highest value skills at the table is the ability to assess which risk is larger.

Good luck for 2017 in all your festivals and events, and see you between January 25 and March 6 for our fifth VAULT Festival.