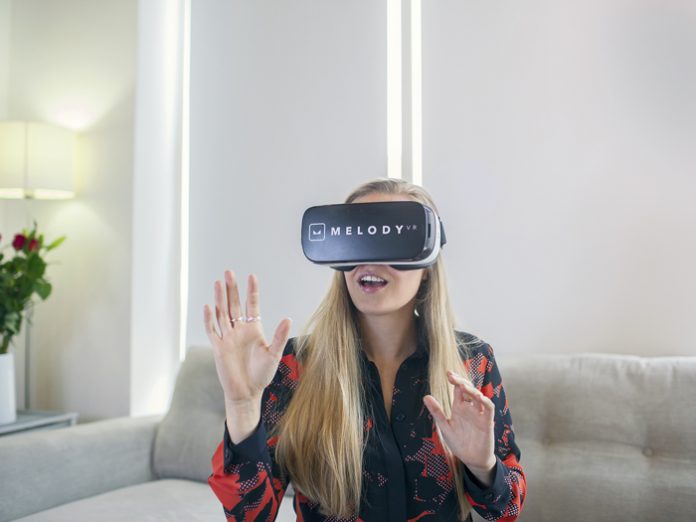 The VR content production and distribution framework will see both recorded and live immersive experiences released via Melody’s VR Music Platform. The interactive virtual reality experiences, designed to bring artists and fans closer together than ever before, will provide users with otherwise unobtainable experiences, such as being onstage at a sold out concert, backstage in the dressing room or in the recording studio with their favourite artists.

In 2017, MelodyVR and WMG will release a number of exclusive experiences via the MelodyVR app, including a library of content created with Warner artists throughout both 2015 and 2016. The companies are expected to announce further details as well as a release schedule for live performances in early 2017.

WMG, one of the largest music companies in the world, is home to a number of successful record labels including Atlantic Records, Parlophone Records and Warner Bros. Records.

MelodyVR, a leading VR content creator and winner of a UK Festival Award, has established itself as a market leader in virtual reality music experiences and is the world’s first publicly listed VR company. MelodyVR currently boasts the world’s largest library of VR content and will launch its cross-platform app and the ‘destination for music in VR’ on leading VR devices in 2017.

Anthony Matchett, Co-Founder and CEO of MelodyVR, said: “We’re incredibly pleased to be working with WMG to create revolutionary content. MelodyVR was founded with the vision of providing music fans with a new and immersive way of engaging with the artists that they love. Whether we’re providing a fan with access to an exclusive one-on-one performance or a VR live-stream of a sold out concert, I’m pleased that our vision is also shared by Warner Music. I believe that our recent licensing agreement cements WMG’s commitment to virtual reality as well as their dedication to supporting new technologies. We look forward to working even more closely with Warner Music artists over the coming years and to creating even more compelling experiences for their fans.”

Ole Obermann, Chief Digital Officer & Executive Vice President, Business Development, WMG, said: “Warner Music Group is constantly exploring new avenues for connecting our artists with their audiences, and virtual reality presents tremendous, forward-thinking possibilities for heightened musical experiences and new forms of storytelling. MelodyVR is a trailblazer of its industry, and passionate about what it does, and we can’t wait to show fans what we’re able to create together.”