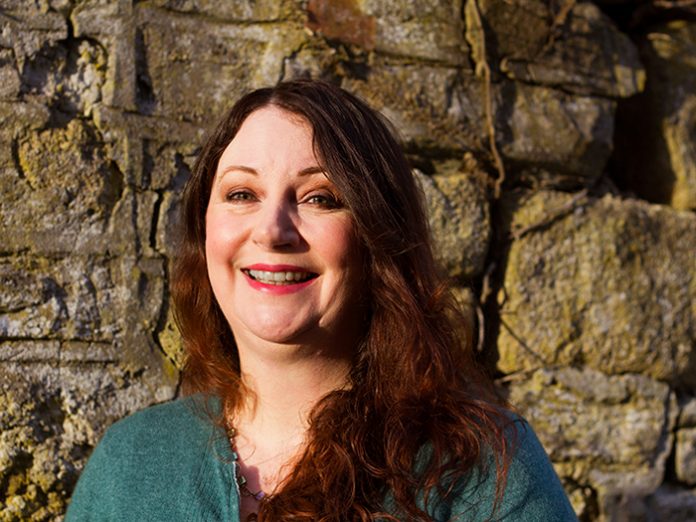 Corinne Lane is the Senior Co-ordinator of the National Event Welfare Service. The service was formed in 1995, and provides welfare support to events large and small across the UK. Corinne is a qualified and highly experienced psychotherapist, although she has now retired from private practice and focuses solely on her event work.

It was August Bank Holiday weekend in 1987 and although I’d been to festivals at Donington Park a couple of times, when I was accepted to work as part of the security crew at Reading Festival at the tender age of 20, I was over the moon. I was going to get to see all that incredible live music for ‘free’. What’s more, you could go backstage and everything! I was so nervous, so excited, so naïve.

I very quickly learned that all there was to see backstage were flight cases and roadies’ backsides, and that the best fun to be had was in the workers’ bar, Janet’s Café. Over that weekend, I met some amazing people and formed lasting friendships and I was hooked. These people became my ‘festival family’ and I looked forward to seeing them each year.

Another reason for loving the work was that I genuinely enjoyed the human interaction and helping people. After completing my first degree and as my counselling training progressed, I wondered about getting more involved with that side of things and so I was put in touch with Penny Mellor, who was running the welfare tent. Penny is considered the event industry expert in Welfare so I consider myself very fortunate to have trained with her.*

When Festival Welfare Services, the charity Penny worked for, lost its funding and was unable to attend Reading Festival in 1995, I pulled a rabbit out of the hat using local contacts and got together a service in just three weeks. It was a very steep learning curve. I discovered it is one thing to volunteer with a welfare crew, and quite another to take on board the coordination of one.

We had anything and everything thrown at us that year: supporting members of the so-called New Age travelling community, lost dogs, breaking news of a bereavement to a festival-goer, supporting IV drug users, as well as dealing with the usual round of lost children and lost people, the confused and weary, and those that needed a safe place to chill and relax. This was in the days before mobile phones, remember, so if you lost someone it could turn into a major panic. The crew of volunteers was brilliant and rose to the challenge magnificently.

Things have certainly progressed since then. Festivals across the country are taking the health, safety and welfare of their staff and customers far more seriously and legislation has been put in place to support that. And yet, it seems to be only the ‘big players’ and some of the smaller events that recognise the need for a separate welfare provision for their customers and occasionally their staff. I am constantly amazed by comments like, “We don’t need a service like yours at our event. We’ve never had a drugs problem”. To which I say: “You’ve never had a fire either, yet you have fire stewards and extinguishers”.

A good welfare service has a broad remit for the emotional and practical support of people attending festivals and similar events. It is far more than just ‘the drugs tent’. Yes, we do promote harm minimisation through risk awareness of substance use, and yes, we do look after those that are suffering distress because of using drugs and / or alcohol. But we are also tasked with managing the festival’s duty of care to under 18s and vulnerable people, either due to circumstances at the event or due to ongoing health problems, mental and / or physical. We support people with disabilities. We care for and reunite missing children with their guardians, and this particularly can be challenging and distressing work.

We are there with tissues in the middle of the night for the teenage girl who has split up with her boyfriend, or the friends worried about their friend who is missing. We offer monitored rest and non-medical care for people recovering from seizures or heat stroke. We are a point of entry for people plucking up courage to speak out about self-harm, childhood abuse, or their sexual identity. We can then help them find the support they need in their own locality, in their own way. We mend tents and wellies. We are the solid, dependable festival friends for people who have come to the event on their own or who have fallen out with their camping buddies. Here, a cuppa and a chat is worth its weight in gold.

When I get told by event promoters, “It’s OK, we don’t need Welfare, our First Aid does what you do”, I am genuinely concerned. Clearly, they don’t know what we do. There are some excellent festival medical services out there, alongside whom we work as colleagues providing appropriate care by appropriate staff (NEWS staff are recruited from diverse professional and social care backgrounds). But Medical and Welfare are different. I would not expect my staff to be treating fractures and burns, any more than I think a busy medical environment is suitable for soothing the tears of a frightened four-year old (or a 40-year-old for that matter). Of course, there is some crossover and referral but a fast paced medical environment, that must by its nature keep things moving, is not going to provide the quiet, calming and above all patient recovery space that some people need.

Without Welfare, where do people with complex needs go? They are not ill per se. They do not need to take up the valuable time of a doctor or nurse. I have known of relatively minor issues becoming major ones as the frustrated festival customer escalates the problem ultimately involving many security and police. This is not good for them. Welfare here could have easily advocated for the customer or even simply resolved the matter on the spot in many instances.

Neither is it good for the reputation of the event. Police and Event Licensing Officers will reflect on such incidents when considering whether the event should continue next year. We see up to 5% of the total festival crowd at any event, from small one day dance gigs to large five-day events with camping. Those numbers add up. With a welfare team on site, we can act as an ‘early warning’ system of problems in infrastructure, or perhaps within certain areas of the crowd or camping. We are here to listen and feedback and the event promoters can be certain of a safety net in place.

We still get anything and everything thrown at us even now, including lost chickens. Seriously. And we always manage to offer care and support with a smile. Each event, I am reminded of my very first Reading all those many years ago, as I see it reflected in the excitement and naivety of the festival crowd. They’re going to have lessons to learn, but they’re going to have so much fun!

*Penny Mellor worked on ‘The Event Safety Guide’ and more recently produced a ‘Welfare Handbook’ section for the latter, which is considered the industry standard best practice guide. For this reason, I am not going to re-invent the wheel by going through all of that here. I’ll just say that if you’re an event promoter who has yet to read it, then you should.