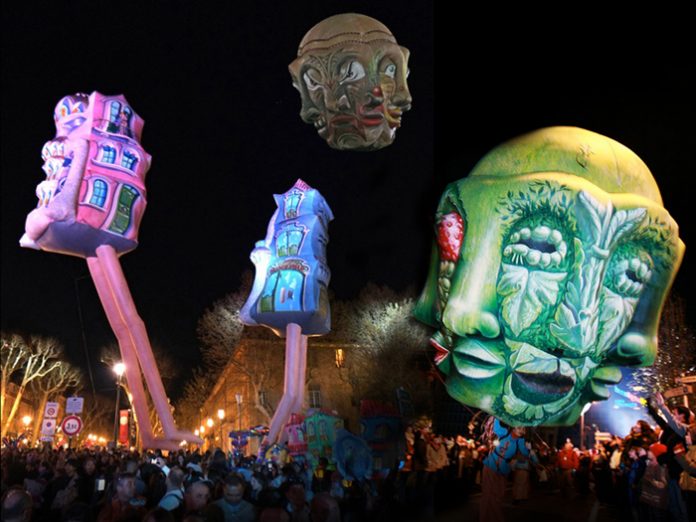 CANADA: The Festival d’été de Québec is celebrating its 50th anniversary in 2017 with an array of unique activities and entertainment, from a monumental retrospective exhibition to three original street performance shows.

“We want to welcome fans to the Festival and at the same time, we hope to send them off with lasting new memories of the FEQ,” said the chair of the board, Alain-Jacques Simard. “Made possible with support from the governments of Canada, of Québec and from the City of Québec, these shows will greatly enhance the Festival experience and are clearly in line with Vision 2025, announced last fall.”

“Our government is proud to support this year’s 50th Festival, which bolsters Québec’s outstanding reputation for organising international-calibre cultural events,” added François Blais, Minister of Employment and Social Solidarity. “I commend the work of the FEQ organisers of this major event, one that generates significant economic benefits. We can be proud of our Festival d’été.”

The Festival d’été de Québec has chosen the Parc de l’Amérique-Française as the site for its special retrospective exhibition entitled ’50 Summers for the FEQ’. Produced in collaboration with a museologist, the Festival has combed through its archives for highlights from the past 49 editions to produce the display. Visitors can see the influence the FEQ has had on many of today’s festivals and relive the event from the very beginning through photos, newspaper articles, posters and many other mementos.

This free outdoor exhibition will be open to the public from late June through the end of July.

“For us, it went without saying that we would offer our public this exhibition and give them the chance to relive these memories,” said General Manager Daniel Gélinas. “At the 50-year mark, isn’t it time to look back at all that we’ve accomplished so we can better turn to the future? We wanted to share all this with the people of Québec City, who have been our loyal fans from day one.”

Also happening at the Parc de l’Amérique-Française in the early evenings of July 7 – 16, the collective L’orchestre d’hommes-orchestres will entertain crowds with over forty performers playing an offbeat hodgepodge of recycled materials.

Presented during the Canada 150 celebrations, with the working title Ensemble_Together.ca, the show will be filled with allusions to the values and history of the country. Truly a work in progress, each original performance is meant to be produced one time only.

“This year, the Festival d’été de Québec celebrates Canada 150 at the same time as its own 50th anniversary,” said the Honourable Jean-Yves Duclos – Minister of Families, Children and Social Development and Member of Parliament for Québec. “This exciting program will include shows that call upon our collective imagination, presented thanks to the Ensemble_Together.ca project. The festivities marking the 150th anniversary give us the opportunity to look back at all that we have accomplished so far. The capital city will be celebrating this summer. You won’t want to miss it!”

Musical programming for the 50th Festival d’été de Québec will be released on March 8.

To check out the rest of the program so far, please visit FEQ’s official website.