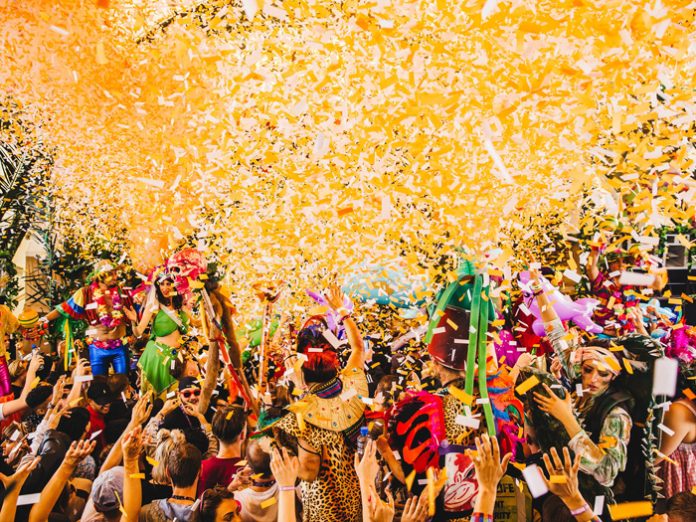 elrow Friends & Family promises to cater to thousands of fans for ‘an all-encompassing explosion of fun, colour, and confetti’. Welcoming party regulars as well as fresh faces for an ‘anything goes’ day of escapism, the 16-hour celebration will include three stages of music that will each have a signature elrow theme in tow.

Having been running for six years now, elrow in its current form was created in 2010 by Cruz and Juan Arnau Lasierra, the sixth generation of entrepreneurs of the Arnau Family who also founded the Monegros Festival and the legendary Club Florida 135 in Fraga, Aragón.

Backed by a passionate and authentic love for event curation, the elrow family has gone on to achieve notable success in recent years. From its Barcelona HQ, elrow has established residencies in Ibiza, Madrid, London and Amsterdam – holding 88 shows around the globe in 2016, growing to a planned 130 events in 2017. This summer, it will also present takeovers at leading festivals such as Tomorrowland.

Speaking of the festival, CEO and founder of elrow, Juanito Arnau, explained: “After seven years offering shows all over the world, at last we’ve found the perfect spot to put on the most creative show ever done by the Arnau family in all their long history. For the first time we’re joining forces with some of the most crazily, imaginative people we’ve met around the world, from countries such as Brazil, Portugal, the United States, South Africa, Holland and the UK. Get ready to experience something you’ve never ever seen before.”

The line-up for elrow Friends & Family will be announced in the coming weeks.