Home Features An Interview with Junction 2 (2017) 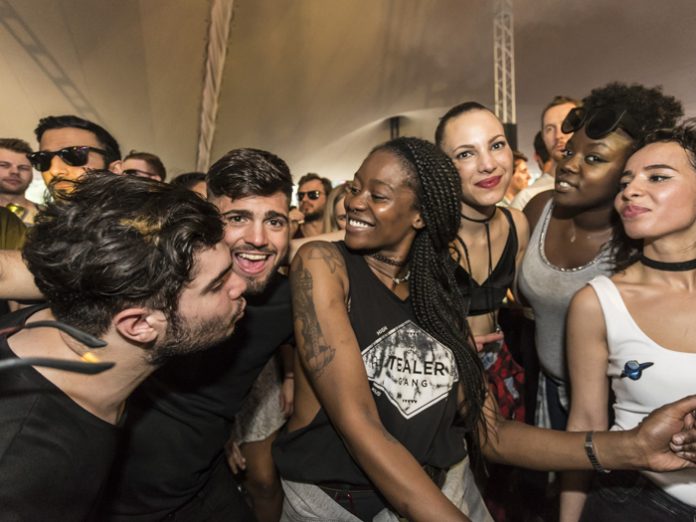 The sophomore edition of Junction 2 will bring an assortment of dance music’s finest selectors and producers to London’s Boston Manor Park on June 10. Founded and organised by esteemed promoters London Warehouse Events, the festival has quickly gained a reputation for its exemplary programming and production, relative lack of commerciality, and meticulous organisation.

Insights spoke with LWE’s Head of Production Loz Poulton about the challenges endemic to Junction 2’s unique location, the changes made to this year’s production set-up, its approach to brand activation, and more.

Festival Insights: Junction 2 is hosted at Boston Manor Park under the M4 motorway. Although it’s clearly an auspicious and distinctive location I imagine it must also come with its fair share of challenges, right?

Loz Poulton: It does. We have a tendency of choosing challenging locations for our shows, which doesn’t make the work any easier but definitely a lot more exciting!

Firstly, we had to demonstrate to the Highways Agency that the event wouldn’t have any negative impact on the motorway; we are not allowed to touch any of it. We also had to guarantee that any production, especially lighting and special effects, wouldn’t impact the drivers on the motorway.

A lot of the festival is under the M4 but the Drumcode stage is on an island, with the only access via a single-lane old, military bridge. Not only did we have to work out how to get all the equipment to the other side but we also needed to work out how to get the people across and onto the dancefloor. We then had to think about how to safely evacuate them all. Part of the solution involved building three other temporary bridges to facilitate crowd flow and emergency exits.

FI: Great sound and lighting are obviously paramount when it comes to any show and electronic music fans tend to be particularly discerning. Have you changed anything about your sound and lighting set-ups for the festival’s second edition?

LP: We have been refining the sound but ultimately sticking with the L-Acoustic K Series across site as we were really happy with the results last year and judging by the feedback the crowd agreed. It’s rare to receive such positive comments about the sound system at a festival so we already have a good platform to start from. We are also implementing the new L-Acoustic’s KS28 sub across the main stages.

The lighting designs on several of the stages have been updated this year to offer a fresh look and we have been working hard on new video designs which I’m really exited about. Being a day time show with only one dark tent, The Warehouse, video is a key element to the production to create that visual impact in daylight and we have over 160sqm being installed in unique layouts. I always try to avoid the standard format of one 16:9 TV shaped screen and offer something a little more visually striking.

FI: Much of what makes or breaks a festival’s atmosphere comes down to the organisers’ attention to detail. Are there any little touches you apply here or there that differentiates Junction 2 from other festivals?

LP: Most definitely. We have tried to steer clear from putting on another festival that is just an open field with plastic tents. We try to offer a unique atmosphere by designing custom structures, stage sets and decor across site. Of course attention to detail doesn’t only come down to the looks; we always try to make sure there are no queues for bars, toilets and other services. For example, over the years we spent thousands of pounds on signage which we’re being frequently praised on by our customers who appreciate the high standard we provide. Having said that it doesn’t feel right to be proud of these things as really, they should be industry standards which sadly isn’t the case nowadays.

FI: Junction 2 comprises five bespoke stages to host its multitude of house and techno luminaries. Tell us about the stages themselves and how their designs complement the respective line-ups and your crowd.

LP: For each stage I try to offer a different atmosphere and environment which could suit a certain line-up but ultimately we want to achieve a variety of exciting stages to explore. We are sticking with the three staples we had last year: the industrial mecca which is the Drumcode stage; The Hydra stage, housed under a custom stretch tent structure which has a more open, balearic feel; and then our warehouse, which is full black-out to give you more of an intense night club experience.

We have then added two new stages. The first is Into The Woods, which is nestled into the small woodland we have onsite. Fittingly here I’ve gone for a more natural approach which is in contrast to the Sonus stage – a technically heavy production where I have designed a substantial and complex geometric truss structure which provides a 1,500sqm canopy.

The idea behind implementing our own structure is to house the demanding capacity but allow the roof to sit a lot lower than what you would expect in a big top or clearspan equivalent. This will hopefully create a more intense atmosphere on the dancefloor as I often feel these larger structures can feel quite impersonal. Going down this route of bespoke structures obviously comes with a whole host of challenges when compared to simply renting an item but that’s what makes Junction 2 and LWE unique.

FI: British festival-goers can still be quite anti-commercial in their sensibilities, especially when they’re fans of raw underground music. Do you work alongside sponsors to ensure that their presence at Junction 2 feels as seamless as possible? If so, how do you ensure that their activations add to the atmosphere rather than detract from it?

LP: For Junction 2 we’ve been working with Relentless and Frontier, who are two of the main sponsors. Relentless will be hosting the warehouse stage, and their approach to visual branding at the event will be quite minimal. For the sponsors it’s about being associated to the show with a subtle touch, so it’s not too in your face.

Invasive branding is something that puts people off in the UK, but I think these are two brands that get it right with their activations. Don’t want to tell you too much about what the Frontier guys are doing yet, but they’ll be partnering with us on The Into The Woods stage to build a special set to fit the environment. They’ll also be providing proper pints at the festival from their beautifully designed shipping container bar and serving up a selection of craft beers and top quality lager.

LP: Into The Woods are an exciting brand that have emerged over the last few years, and we thought that their ethos of putting on parties would fit well with Junction 2. They’re bringing in their residents to sit alongside the established talents of Jane Fitz. It was important for us to bring in a promoter that represents the London underground scene, and with that a DIY mentality. Plus we know we can trust these guys to bring a party!

FI: You’ll be welcoming Sonus Festival to the UK for the first time ever to host your main stage this year. How did this partnership arise, and do you think more festivals would benefit from these sorts of collaborations?

LP: Yes this was big news for the festival this year, and it’s great that we can bring such a well respected international event to the UK for the first time. We’ve been busy working together with the Sonus team to create a brand new stage design for this year’s festival.

It’s been really great to work with the guys behind Timewarp – a like-minded, professional team – and we think that you’re going to love what we’ve created. We have wanted to collaborate with them for a while so it was great we could invite them over to Junction 2. We’re also very excited to be taking Junction 2 to host a stage at Sonus in Croatia this year.

FI: Is there anything else we should know about Junction 2 and London Warehouse Events?

LP: Junction 2 is a really good example of what LWE really stands for. We are nice, normal people who always try to do the best by our customers. Our decisions come from the heart rather than from looking at the revenue and wanting to break even. If you read the reviews of Junction 2 from customers last year you can see that. And if you come to any LWE show, whatever genre of music, you should get the same experience. We have shown this across other spaces we operate in London, Tobacco Dock and Printworks.

We are always on the hunt for new, exciting spaces. You never know what might be around the corner.