Home Insider Insights Finding a Niche and Nailing It 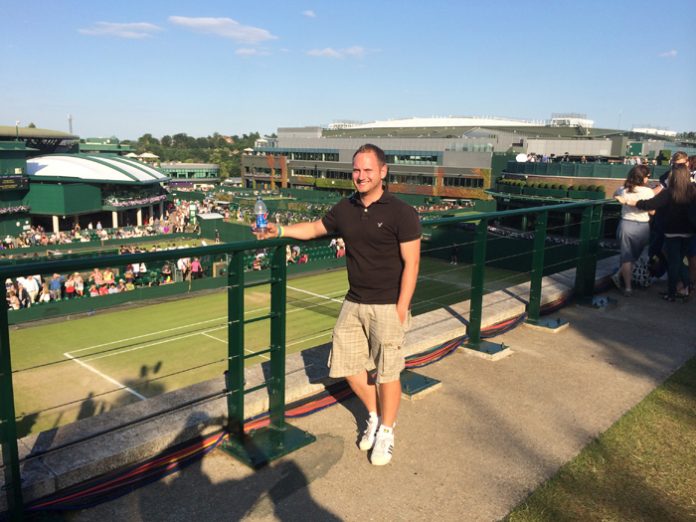 Craig Mathie is Managing Director at Bournemouth 7s Festival. A Sports Management graduate and Prince 2 qualified Project Manager, Craig has a growing reputation within the live events industry. A hugely passionate events man, Mathie has gained a wide portfolio of skills and expertise working on some of the UK’s favourite sporting events. His role as Events Director for a charity established in memory of a dear friend also features heavily in his event commitments.

With more than 14 million attendees taking in over 1,200 festivals each year, the UK festival market paints a vibrant, competitive and inspirational picture. Across the country a plethora of live events fill the summer months, attracting interest from budding entrepreneurs and global powerhouses in equal measure. But not everything is as it seems.

It is safe to say that the only constant in this market is change. Whilst the sector is not unique in that regard, ever-shifting consumer trends within festivals mean event owners can never be certain of a ‘sure thing’. A number of high-profile cancellations and lower-than-expected audience figures have highlighted the challenges inherent in building and holding a crowd.

Concurrently, ever-increasing M&A activity in live events and a flood of new promoters migrating from the long-suffering night-time economy have heightened the level of competition and resource within the sector.

The approach of every festival owner is, and must be, different. That, ultimately, is what drives change and innovation and creates the portfolio of festivals of which we must all be proud.

I write this article as the Managing Director of Bournemouth 7s Festival, which celebrated its 10th birthday over the Spring Bank Holiday weekend. Founded in 2008 and still privately owned by Roger and Fleur Woodall, the Festival has successfully sought out and targeted an audience, which we believe, sets it apart from the crowd.

With more than 400 sports teams taking part in social and competitive tournaments across rugby, netball, dodgeball and hockey, Bournemouth 7s Festival has a sporting ethos which runs right to its core.

Add to this an audience of festival-goers from across the country who are drawn in by the unrivalled (in our opinion) party atmosphere and creatively themed festival arenas hosted by local acts and DJs, and there is a business model which generates real results.

Over the past couple of years, there has been an anecdotal trend in the industry with the biggest shows in the UK appearing to see declining numbers whilst smaller shows have prospered. According to the UKFA Market Report 2017, over 45% of festival attendees see events of between 1,000 and 20,000 as their preferred size of event. Granted, a fairly broad classification, but interesting when set against the 20% who selected shows with a daily audience of over 20,000 as their favourite events. It goes without saying that every commercial enterprise will look for growth but facts such as this certainly add food for thought when considering accelerated growth.

The growth in Bournemouth 7s Festival has been organic but notable. It has been driven by a continuous focus on sport and sporting people and exemplified by the addition of dodgeball and subsequently hockey tournaments to our line-up in recent years. Up to four new potential sports lay on the horizon for 2018 and beyond.

A non-music focus within festivals has been an emerging trend over recent years with food, arts and sport all playing a key part in this expansion. If award ceremonies are the barometer of any industry then the addition of a non-music festival category at the UK Festival Awards should be seen as a key indication of the viability and prosperity of this approach.

The cost of headline acts, the difficulty in securing a differentiated line-up, a saturated marketplace and the increasing cost of music festival tickets could all be considered contributing factors to the emergence of festivals with a different focus. Whatever the reason, I’m extremely proud to be part of a small team who deliver a festival with a targeted approach but excellent reputation.

It is often said that you can’t be everything to everyone and it is my opinion that the same applies in the festival market. There will always be a place for the mega-shows but targeting a unique audience and delivering an outstanding experience is a formidable combination.