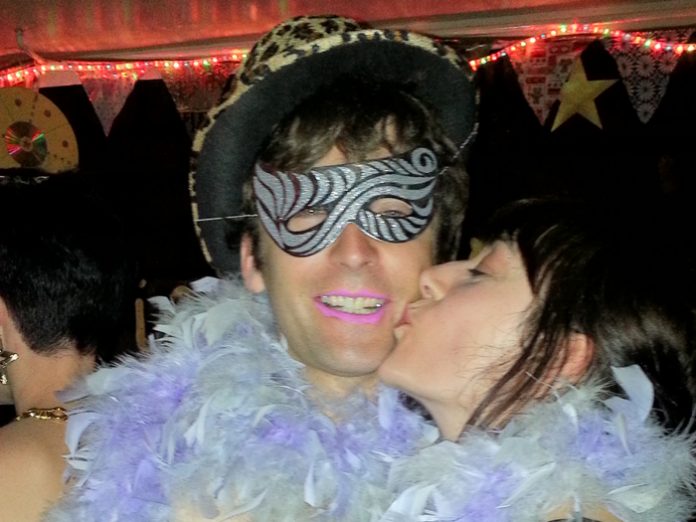 Nick Chambers is the co-founder and booker of Beat-Herder, a beloved handcrafted mainstay of the British festival calendar. The event’s next edition will be held from July 12 – 14.

In the 14 years that Beat-Herder has been running, we have witnessed a sea change, as it were, in attitudes towards the environment. Just by reading recent headlines about Extinction Rebellion and Greta Thurnberg in the mainstream media over the past couple of months, it’s possible to see how collectively galvanised we have become over our desire for change. Festivals have always acted as microcosms of ‘real life’, so it’s only natural that within the festival bubble we are also beginning to see seismic shifts towards more sustainable and environmentally responsible events – both from an organiser and consumer point of view.

There’s got to be a culture change from the audience and a realisation of their actions. We can remove plastic straws all day long but the problem is bigger than that. Yes people can feel great about the paper straw in the moment but then they leave the tent and the campsite in a blanket of mess. The thought that someone else will sort it is really evident. There’s a constant public myth that “all the tents go to charity so it’s fine”. Well, we all know that they don’t.

In desperation I actually invited three charities in the aftermath last year, who came and took as much as they could. They might have taken 100 tents, 50 sleeping bags, 50 chairs and 40 ground mats but there were still around 1000 collective tents, chairs and mats there; the scale is immense. Recycling simply does not happen. If people really want their tents to go to charity then they should take them home and donate them to a charity shop. Easy.

Perhaps the main part of the problem is the marketing of the ‘festival tent’, often sold for as low as £12.99, suggesting that these are disposable, single-use products. This needs to stop, especially since tents that cheap are useless anyway. It’s this kind of education that in many ways will benefit the world more than eschewing plastic straws, and we’re doing all we can onsite and in the build up to Beat-Herder to place the responsibility on the individual to take their tents home. Via social media we will tell them: #dontbepartoftheproblem and #takeithome.

We are also part of the Drastic on Plastic campaign, which pledges to eliminate single-use plastics in the next three years. Becoming instantly plastic-free on a festival-wide scale is very difficult (to give just one example, despite our ongoing efforts we still haven’t found a feasible cost-effective alternative to cable ties, which we use in their thousands), however in the lead up to 2021 we are doing as much as we can to remove the plastic problem. This year, no Beat-Herder bar or concession will serve drinks in plastic bottles, cups or containers. All straws will be paper and we are banning the use of sauce sachets. As the Beat-Herder veterans can attest, plastic cutlery and polystyrene food trays were banned over five years ago from the festival.

Last year we were the first ever festival to switch to CanOwater as our official water stockist. The aluminium cans are part of a crackdown on plastic bottles, only 5% of which get recycled (the UK alone uses 38.5 million plastic bottles every day). Aluminium has the highest recycling rate of any drink on the market and once recycled can be back on the shelf in as little as six weeks.

We also have a litter incentive running, where litter bags are distributed on arrival to every person. Those that hand them back full are rewarded with drinks tokens (over 18s with ID only). As well as demonetising the operation and encouraging recycling, we are confident the incentive instils a culture of feelgood change within the festival arena; year-on-year we see a notable increase in the number of people taking part.