Home Insider Insights What Is ‘Atmosphere’ – and How Can You Help Create It at... 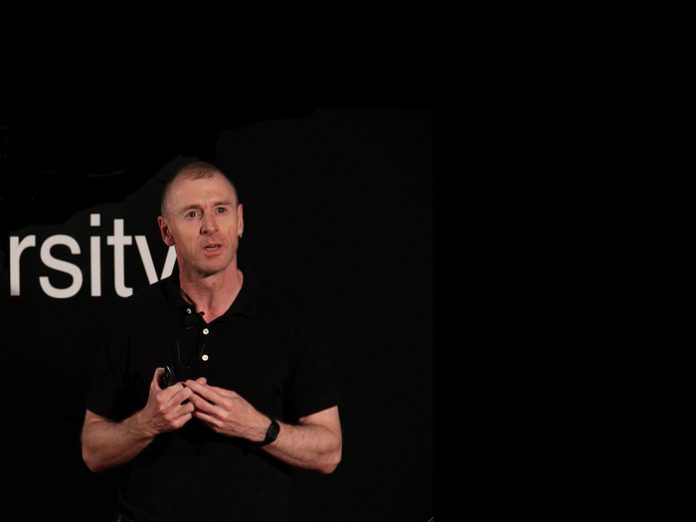 John Drury is Professor of Social Psychology at the University of Sussex. His research focus is crowds and collective behaviour. He has published nearly 100 peer-reviewed journal articles, most of which are on crowds. With colleagues Steve Reicher and Clifford Stott, he developed the Elaborated Social Identity Model of crowd conflict. Some of the crowd events he has researched include the Hajj (Mecca), the London bombings of July 7 2005, the Hillsborough disaster, the 2010 Chile earthquake, and the 2011 English riots.

Why do people attend music events rather than simply listen to music in the comfort of their own homes? Attending live events costs money, involves travel and queuing, and can mean being in a dense crowd. Why do people endure these and other apparent inconveniences?

When asked, people often say that it is the ‘atmosphere’ of the event that makes it so attractive. There is something about enjoying the music with other people that intensifies that enjoyment. But what is ‘atmosphere’?

A few years ago, two of my students, Amy Moore and Dina Jan Riyazi, investigated this question by surveying people who had recently attended three festivals: Bestival, Secret Garden Party, and Boomtown. A key finding was that positive emotion and ‘atmosphere’ seemed to be the same thing – so a good atmosphere is bound up with feelings like joy and pleasure in others’ company at the event.

A further key finding had to do with what predicted good atmosphere. The two students asked participants about every factor they could think of, including facilities, type of music, lighting and lasers, and prices. But the most important predictor of good atmosphere was shared social identity with others at the event.

Research shows that there are several reasons why sharing an identity with others at an event leads to the feelings that people describe good atmosphere. First, as research by Fergus Neville shows, being with others who are also enjoying the same event – people who smile and cheer at the same moments as you – validates the emotions you feel. Their mirroring of your emotions therefore intensifies these emotions. This is one reason why people can be more exuberant at music events than when listening to the same music when alone.

Second, as Steve Reicher has argued, sharing identity with others leads to greater intimacy. People talk to strangers more often. They give and receive support more from these strangers than when there is no shared identity. They smile at each other more often. They trust each other. And these interactions are experienced positively. They create enjoyment and pleasure. This was found in research on the experience of fans at the Rock Ness music festival. It was also found in our research on experiences at the Big Beach Boutique II, a massive free event on Brighton beach in 2002. Here, despite the crowdedness, the dangers, and the shortage of facilities, some described the event as the best night of their lives.

The third reason that sharing identity with others leads to the positive emotion associated with ‘good atmosphere’ is because shared identity empowers. When people feel supported by those in the crowd around them, they are able to enact their identities in ways that they often cannot as an individual in ordinary life. This phenomenon has been investigated mostly at religious festivals such as the Hindu Mela and at protest crowd events. Yet many music events – and in particular festivals – similarly comprise a special space for self-expression of collective values. Here is a place and time where others will not only let you, but will actively help you, express your identity as a fan, a party-goer, or a clubber. This collective identity enactment can be a joyful, even transcendent, experience.

What does all this mean for your event? A positive atmosphere is good for the reputation of your event. So how can you help create it?

If shared identities in the crowd are crucial contributors to atmosphere, it is important to recognise and understand the shared identities of the crowd at your event so you can support and facilitate them. Knowing the identities well also means that you can design the event to properly reflect these identities, not deny them. A study by Sam Pehrson of St Patrick’s Day parade participants found that while majority members felt recognised and self-realised, minority members felt alienated. The organisers had tried to represent all the different ethnic groups present, but the ‘inauthentic’ costumes chosen for the minorities failed to represent the way minority members saw themselves.

The festival values of freedom and rebellion that people often want to enact when they come to your event might include some activities (for example crowd surfing) that you don’t want. How can you facilitate the fans’ self-expression as much as possible while at the same time maintaining a safe event? Some festivals do this through their messaging beforehand, including via those social media that allow you to create ‘groups’. These can convey the event’s norms, the behaviours valued by everyone at the event (as well as those prohibited).

This takes me to the final point. This concerns how event organisers can position themselves as ‘ingroup’ to the crowd — not only to communicate effectively, but also to contribute to that positive atmosphere more generally.

Relations with safety and security personnel can contribute to atmosphere in a similar way as those within the crowd of fans, so it’s important to work on this too. Put differently, personnel that are grumpy, officious, or unhelpful will likely detract from your event’s atmosphere.

At one level, of course the public attending the event and the personnel running the event are different groups of people. But at another level, they can be seen as part of the same group, as they are all part of the event ‘family’ who love the event and want it to go well. Through showing that you care and through their friendly manner and the trust they display, your personnel can position themselves as part of a single group with the public that attend, with all the positive benefits that flow from that.

Good atmosphere at your event is rarely by accident. The artists who perform, the nature of the venue, the lighting, facilities and so on can all contribute. But so too can understanding the group psychology or the crowd and its management.