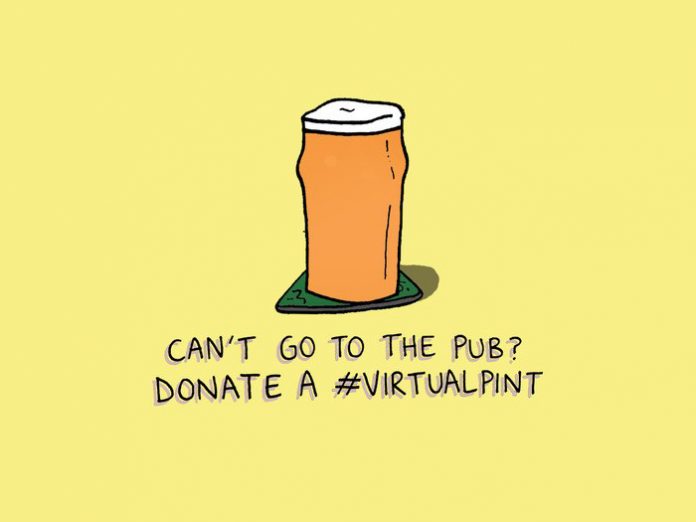 UK: #VirtualPint — a new fundraising initiative helping fans to support vulnerable UK music venues, theatres and pubs — has launched in response to the unprecedented challenge faced by venues during the COVID-19 pandemic.

The fundraiser, which lets fans buy virtual drinks in exchange for entry into a prize draw, is already being celebrated by artists, festivals and the wider industry.

Punters can buy a virtual pint for £3.50, a virtual cocktail for £5, or a virtual round for £20, with the extensive menu also extending to non-alcoholic beverages. Supporters will be entered into a prize draw that includes tickets to festivals such as End of the Road, 2000trees and ArcTanGent. Other prizes include band merchandise, bar tabs, recording time at The Libertines’ The Albion Room studio, and gig tickets, with more to be announced.

Fifty per cent of the proceeds will go to the Music Venue Trust, which provides crucial support to venues all over the UK, and 50% directly to some of the UK’s favourite small and independent venues. This money will go towards helping those venues most at risk, to keep the lights on and pay towards overheads that may not be covered by any government initiatives. The allocation of funds will be decided by a committee assembled by Green House Group, who are coordinating the initiative.

Artists, festivals and industry figures are already lining up to raise awareness for the cause, with supporters including The Libertines, The Kooks, Echo and the Bunnymen, Reverend and the Makers, Sorry, End of the Road, 2000trees, ArcTanGent, NME, Clash Magazine, Drowned In Sound, Louder, The Line of Best Fit, Complete Music Update, Loud & Quiet, UK Music, Tunbridge Wells Forum, Southbank Centre, The Lexington, and Shed Seven.

You can support the initiative — which currently stands at almost 50% of its initial goal — here.