The Texas Task Force on Concert Safety (TFCS), which was launched in the wake of last year’s tragedy during Travis Scott’s set at Astroworld Festival in Houston, has released its final report.

The report has identified what led to the safety failures as well as recommendations to alleviate future failings. The Texas Music Office has published its own Event Production Guide which itself is a series of links to do existing documents and guidance from which the report’s recommendations are taken, seemingly suggesting that the tragedy was not only avoidable in theory but published guidance wasn’t sought out, let alone followed.

When announcing the publication earlier this week, Texas Governor, Greg Abbott, said: “The recommendations, findings, and solutions detailed in this report will help the State of Texas prevent another tragedy like that at Astroworld Festival from happening again”

The task force’s full report can be read here.

NFT Ticketing: the benefits it can bring to the festival industry and beyond 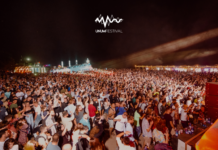