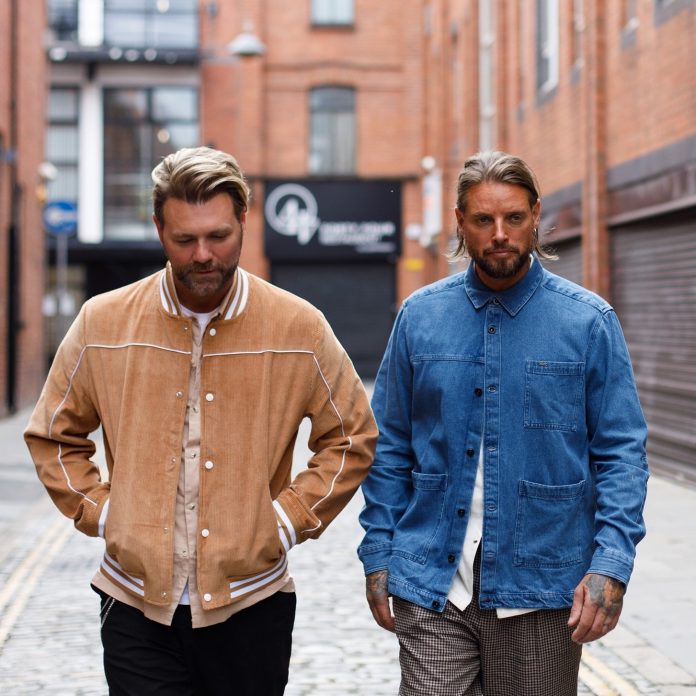 The UK’s biggest nostalgia festival, Back 2 Festival, is returning to Catton Park for summer on Thursday 30th June – Sunday 3rd July 2023, with Blue and Boyzlife headlining a second phase line up that takes us right back to the 00s.

Your childhood sweethearts will take to the stage, blasting the soundtrack to your tweens; from 80s, 90s and 00s tracks to club dancefloor anthems – this year’s lineup is the biggest the festival has ever booked.

Kicking off Back 2 Festival’s phase two lineup is Blue – the ultimate 00s boyband – who will be headlining for 2023, winning over hearts and making audiences swoon like they’re teenagers again with their top hits and classics that are bound to get you moving, from “All Rise” to “One Love”.

Joining Blue for the top spot as festival headliners is Boyzlife, where the worlds of Boyzone and Westlife collide for the ultimate throwback sound. Get your phone torches out and swaying in the crowd to ‘The One’ and chant along to ‘Picture of You’ as this mash-up of ultimate boybands take centre stage for the weekend.

Two of Back 2 Festival’s most-loved artists from 2022 will be back to wow crowds and get you moving once again in summer 2023. Back by popular demand on the main stage isiconic Swedish DJ, Basshunter. In the dance tent, German dance music trio Cascada are returning to Catton Park with even more energy and style than last year! Bringing back the tunes which have rightfully earned Cascada their reputation as the third best German dance act of the twenty-first century, expect to feel ecstatic with your favourite club dancefloor anthems performed live on stage.

These heavyhitters join the first phase lineup of 90s and 00s top of the pops boybands A1 and 911, Welsh comedy rap group Goldie Looking Chain and electronic dance duo Phatts & Small announced, phase two has thrown even bigger throwback groups into the mix. From Spandau Ballet’s very own bassist Martin Kemp – best known for 80s classics ‘True’ and ‘Gold’ – to 1990s Britpop band Dodgy, Back 2 Festival has got you covered for nostalgia spanning every era.

Also joining this ever expanding lineup, with loads more artists yet to be announced, are the godfathers of Drum and Bass, Fabio & Grooverider to a veteran of the UK trance-pop scene, Kelly Llorenna – best known for her smash hit ‘Tell It To My Heart’ – who are bound to take you back to the days of dancing the night away every night of the week!

This year sees a total of four stages – with two brand new for 2023 stages bringing you the ultimate throwback experience across the weekend. Challenge yourself to find the hidden entrance to The Secret Rave Arena, or take to our new Steel Yard Stage running purely on themes across all four days, from The 100% Eighties Party, Pop Confessions, The Sh*t Wedding Disco and finishing the festival in style on Sunday with Back 2 the Future (Future Classics).

Plus, there’s plenty of entertainment to fully immerse you in in the past, from retro arcade games from the 80s, 90s and 00s to AI snow wrestling shows from the 80s and 90s, which will be showcased in the main arena across the weekend.

Catton Park, located next to local gem Catton Hall, is in the heart of the National Forest and equidistant from London, Manchester and Norwich, making it the ideal location for festival goers from across the UK.