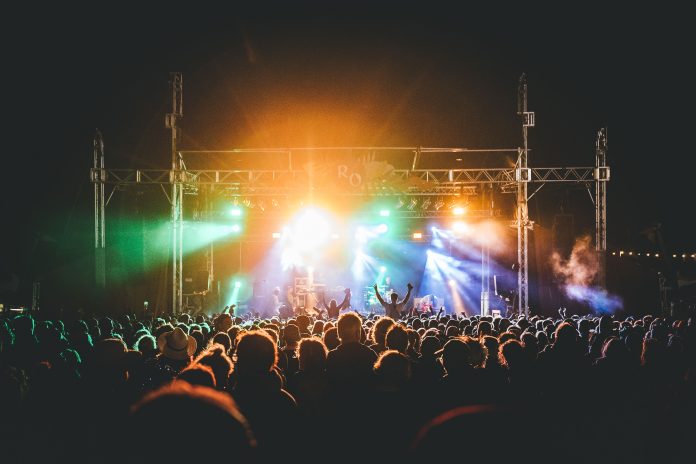 Located on the banks of the Camel Estuary on the stunning Cornish coast, Rock Oyster is a 4-day festival and camping holiday taking place from 27-30 July 2023. A voyage of culinary discovery, there’s mouth-watering food from Michelin-starred chefs to creative kitchen wizards, a musical line-up music from internationally acclaimed artists, topped off with an adventure and wellbeing programme and plenty of family entertainment for everyone, all in the ultimate UK summer holiday location. Tickets for Rock Oyster are on sale now via www.rockoysterfestival.co.uk. Rock Oyster tickets are also available to purchase via payment plan, allowing customers to secure a ticket for just £20 (and booking fee) and pay the balance before midnight on 1st April 2023.

Multi-award winning, genre defying and epoch spanning Nile Rodgers & CHIC will bring their armada of hits to Rock next summer. Rock Oyster also welcomes Sophie Ellis Bextor who brings tracks from her Kitchen Disco to the Camel Estuary (after a covid cancellation in 2021). Sophie is a household name having sold more than 2 million copies of her debut album. Sophie has recently hosted the incredible Spinning Plates podcast where she speaks candidly with guests about topics as diverse as motherhood, men and kitchen disasters.

They’re joined on next summer’s bill by Mercury-prize nominated, London four piece The Big Moon who have just celebrated their third top ten album ‘Here Is Everything’ with a recent appearance on Later! With Jools Holland.

A pearl in the food lovers’ calendar, Rock Oyster also announces a stellar chef line up. BAFTA winning, legendary broadcaster, Hugh Fearnley-Whittingstall will bring a little taste of River Cottage to the banks of the Camel Estuary. Alongside Hugh, Award winning TV Chef and Broadcaster  and co-host of Great British Menu Andi Oliver dishes it up at Rock for the very first time. Andi rose to fame fronting the band ‘Rip Rig and Panic‘ with Neneh Cherry; she went on to host the BBC’s Glastonbury coverage, has hosted several cookery shows for the BBC, appeared in ‘The Number One Detective Agency’ and Caitlin Moran’s ‘How To Build A Girl’, continues to make regular appearances on Saturday Kitchen and launched her newest food project entitled Wadadli Kitchen which showcases Real Caribbean Home Cooking. They’re joined by British chef, restaurateur, cookery book author, television presenter, friend of the festival and Padstow hero, Rick Stein, founder of the Rick Stein Restaurant Group and presenter of the TV series Rick Stein’s Cornwall for BBC2.

Andi Oliver said of the announcement, “I’m very excited to say I’m going to be down at Rock Oyster next summer. I can’t wait to come down to Cornwall, it’s one of my favourite places in the country. I’m going to be cooking, talking about my new book and meeting all of you! I’ll see you there!”

Hugh Fearnley-Whittingstall added, “Next summer feels a long way off, but I’m delighted to know that in the last weekend of July I’ll be celebrating fabulous West Country seafood at the Rock Oyster. I’ll be bringing with me happy memories of childhood holidays in Cornwall, and some storming fish and shellfish recipes. I hope you’ll come and join the fun, and the feast”.

Rock Oyster can today also unveil a first glimpse of its extensive Family & Wellbeing programme including masterclasses, circus workshops, kids cookery classes, fashion shows, oyster shucking contests, foraging, an extensive yoga programme, spa massage and an expanded hot tub experience. From Music, through Food, Wellbeing and Family there’s something for all the family. Rock Oyster have also announced that Thursday night camping is also included in the price of the ticket (Adult £139), so families can camp for four nights along the gorgeous North Cornwall coastline.